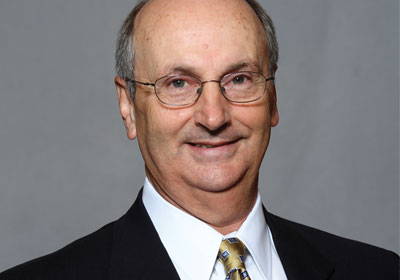 Regal-Beloit is a company in motion. And much of the credit for that goes to the man behind the wheel, Henry Knueppel, Regal-Beloit’s chairman since April 2006 and its CEO for six years until May.

Under Knueppel, Regal-Beloit—headquartered in the small southern Wisconsin city of Beloit for 56 years—has become one of the world’s largest and fastest-growing manufacturers of electrical and mechanical motion control components. Its electric motors and generators, gear reducers, and electronic switchgear are found in home furnaces, pumps, elevators, conveyors, X-ray machines, office equipment, and power stations. And that’s just a partial list.

How has Knueppel built the company’s growth? He cites “three pillars.” One is the ever-increasing presence of high technology in electrical equipment. “There has been more technological innovation in motors in the past two years than there has been in the previous 100 years,” Knueppel says. “We introduced a record number of new products last year.” Those products include built-in electronic controls for variable-speed motors, which are more energy efficient because they don’t need to run at full speed the entire time of operation. “High-efficiency products have grown 20 to 25 percent a year for the past several years,” he adds.

Pillar two: Geographical dispersion. The company sells its products worldwide: Knueppel says that Regal-Beloit is now the largest industrial-motor manufacturer in India. And that connects with pillar three: The company has completed 22 acquisitions since 2002. Last year was particularly busy for Regal-Beloit’s acquisition team: The company purchased firms in Ontario, the Netherlands, Italy, and Franksville, Wisconsin. In 2010, Regal-Beloit also acquired CMG Engineering Group, an Australia-headquartered manufacturer of industrial motors, blower systems, and industrial metal products that expanded the Wisconsin company’s presence into the Asia Pacific, South Africa, and the Middle East.

Knueppel’s acquisition strategy makes sense given that the electric-motor components industry, though it has served Regal-Beloit very well, isn’t large. When General Electric sold two business units to Regal-Beloit in 2004 for $472 million, “it doubled the size of our company,” Knueppel observes.

Regal-Beloit also has developed a reputation for quality. “Technically, they keep pushing the envelope,” says Pat Cotter, vice president of sales and marketing for Greenheck Fan Company, a Regal-Beloit customer based in Schofield, Wisconsin. Knueppel, Cotter adds, “is a very grounded individual and a very good listener.”

Cotter first met Knueppel when Knueppel headed Marathon Electric, which Regal-Beloit acquired in 1997. Knueppel became president of Regal-Beloit in 2002, CEO in 2005, and added chairman to his duties a year later. Though he has directed Regal-Beloit’s acquisition strategy, Knueppel is quick to credit his colleagues for the company’s reputation for innovative products. Knueppel cites Regal-Beloit’s learning center and continuous training, as well as methods for sharing ideas across the company, as bases for Regal-Beloit’s innovation processes.

A strong employee base, Knueppel says, “is the last legal unfair advantage.”