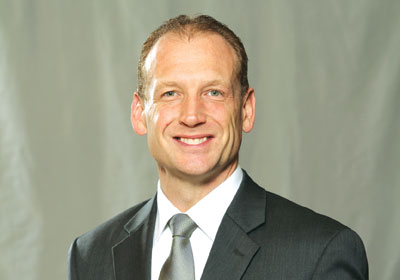 Aaron Jagdfeld was working for the Milwaukee office of Deloitte & Touche as an accountant when one of the manufacturing firms he audited made him a job offer. That’s how he began working at Generac Power Systems, a stationary generator manufacturer in Waukesha, Wisconsin. He worked his way up to CFO and in 2006 helped the company’s then 82-year-old owner sell Generac for $2 billion to CCMP Capital, a New York–based private equity firm and J.P. Morgan offshoot. Two years later, at age 36, Jagdfeld was named Generac’s CEO.

“It was a fair leap of faith,” Jagd-feld says. “The firm wasn’t doing well and I was young. Becoming CEO was both a great test and a great testimonial. They were confident that I could do the job, and that bolstered my own confidence.”

That’s how Jagdfeld found himself both the CEO of a 50-year-old company and an entrepreneur. Generac had products, but sales were flat. What Jagdfeld and his team did was shift the focus from “engineering first” to “customer first.” That included establishing a dedicated field sales team that built relationships with customers. Jagd-feld also had Generac re-enter the market for portable generators. His company now has the number-one U.S. market share in that category.

The firm is also betting on new products in the U.S. market. Generac has primarily been known for its gasoline-powered industrial generators, but its line of natural gas-powered residential back-up generators is growing fast, Jagdfeld says. These sell particularly well to people with home-based businesses, those who need to refrigerate food or medicine, and older homeowners who could get badly hurt when a storm knocks out their lights.

Two years into his tenure as CEO, Jagdfeld helped take Generac public. The stock has done well, starting at $13 a share, trading as high as $30, and as of late July hovering around $25. With the money from its initial public offering, Generac is “doing stuff we couldn’t afford to do or didn’t have the talent to do before,” he says.

The company has always focused on North America; now it is looking to Latin America, particularly Mexico and Brazil. “In Mexico and Brazil, economic growth is outstripping utilities’ ability to provide power. Power interruptions are frequent and quality can be poor,” Jagdfeld says. That makes both countries natural markets for Generac’s products.

Until recently, Generac’s growth was internal. Earlier this year, however, the firm bought Magnum Products, which makes mobile generators for job-site lighting. The acquisition strengthens Generac’s ability to make money from U.S. infrastructure replacement and added $150 million in sales and 400 employees. “The purchase helped us achieve $1 billion in sales for the year,” Jagdfeld says.

Jagdfeld hopes Generac’s future will bring more products and acquisitions. “This is a hardworking Midwestern manufacturing company,” he says. “We don’t have a company jet.”