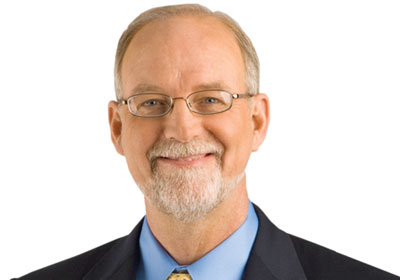 General Mills’ CEO Ken Powell is one of a tiny number of Fortune 500 CEOs who have spent their entire career at one company.
August 09, 2013

The title “lifer” might not always carry the most flattering connotation, but in Ken Powell’s case, spending 34 years with Golden Valley–based General Mills is a good thing, according to Fortune magazine.

Powell was one of 11 CEOs on the magazine’s Fortune 500 Lifers list. Released in May, it profiled CEOs who have remained with one company for their entire careers. Powell appeared with the likes of Doug Overhelman of Caterpillar, John Strangfeld, Jr., of Prudential Financial, and Virginia Rometty of IBM.

Powell is especially proud of keeping General Mills at the top of its game while making it a good place to work. “Many companies focus on either creating a great workplace or a performance-driven culture,” he tells TCB. “Very few accomplish both.”

He did acknowledge pitfalls to the longevity, telling Fortune, “the downside is you have blind spots because you’ve always done it this way. The question becomes, ‘What really needs to be changed?’ when you’ve been embedded in it so long.”

Powell earned his bachelor’s degree in biology from Harvard in 1976. In 1979, the same year he earned his MBA from Stanford, Powell joined General Mills as a marketing assistant for the food manufacturer’s granola account. Powell was named president and COO of General Mills in 2006, taking on overall global operating responsibility for the company. He became CEO in 2007 and chairman in 2008.

General Mills has received multiple accolades under Powell’s leadership. The food giant appeared on Fortune’s “100 Best Companies to Work For” list for five consecutive years and was also named one of the “Most Reputable Companies” worldwide by the advisory firm Reputation Institute. The company was one of DiversityInc’s “Top 50 Companies for Diversity” and was recognized by the National Association for Female Executives as a top company for executive women.