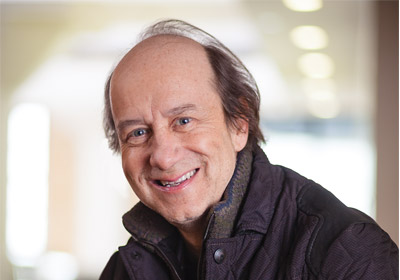 John Olson passed away about 20 years after founding Olson, one of the five largest independent ad agencies in the country.
September 19, 2013

John Olson, founder and chairman of the state’s largest ad agency, Olson, passed away Saturday at the age of 56 after a 13-month fight with cancer.

Olson founded his eponymous Minneapolis-based ad agency in 1992. Since then, it has grown to more than 450 employees in six cities across the country with annual revenue totaling about $91 million. Its clients include Target, General Mills, Skittles, Best Buy, the Minnesota Wild, Harley Davidson, and many more.

Olson reportedly began his advertising career as an intern at fellow Minneapolis-based ad agency Campbell Mithun in 1984. He went on to become creative director before eventually founding ad agency Kruskopf Olson—which is now Kruskopf Coontz—in 1988. Four years later, he broke off again to form what was then Olson & Company.

Twin Cities Business profiled Olson when he was named one of Ernst & Young’s Entrepreneurs of the Year in 2007, after he tactfully grew his agency’s client base and revenue during the harsh economic downtown.

Olson said in 2007 that he founded his agency on the notion that we live in a “new-media era,” where content and advertisers’ messages—not only on the Internet but also television—are falling more and more under the consumer’s control.

At the time, Olson said his secret was his agency’s ability to adapt to a changing landscape, that the firm thought of itself as more than just an ad agency. “We’ve grown in ‘nonadvertising’ ways,” Olson said. “We’ve grown in interactive and digital, new media, guerrilla and viral [marketing], and design, as well as what people would call PR.”

“The question we ask at the start of a project is not, ‘How are we going to get people to create a message that everybody is going to laugh at or cry at?’” Olson said at the time. “It’s, ‘How do we engage this person? How do we find the connection that makes this person care enough to respond, to do something themselves, to create their own media, to put it into their blog, to send us family pictures that we’ll post on the site so that they’ll feel like they are part of it?’”

In addition to creating his ad agency, Olson founded BrandLab, a diversity program that encourages minority and low-income high-schoolers to pursue a career path in marketing.

He also worked as a full-time musician at points in his life, recently releasing a new album called “Olsonville: New Americana.”

Click here for a reflection on Olson by his longtime friend Rick Kupchella, who delves into everything from Olson’s resurrection of the Detroit Pistons’ image to his role in helping Minneapolis-based Phillips Distilling Company build its UV Vodka brand.

Olson is survived by his wife Cindy and their three young children.