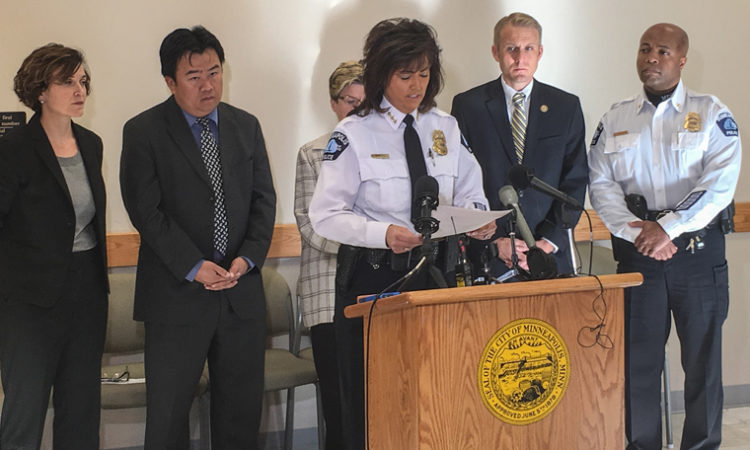 Harteau says she is moving on to be a full-time speaker and consultant for organizations in and outside of the U.S.
By Sam Schaust
August 28, 2017

About a month after being forced to resign as Minneapolis Chief of Police, JaneÃ© Harteau says she’s shifting to a career in the private sector.

The Duluth native is promoting herself as a public speaker, coach and consultant through Titanium Leadership LLC, which was registered with the state on August 18.

On her new website, in which she refers to herself as a “visionary leader, trailblazer, [and] transformational change agent,” Harteau is offering businesses and organizations the chance to hire her for events. Shown are examples of her speaking at the Women’s Leadership Institute and Minneapolis-based law firm Briggs and Morgan. Her website also lists 3M, Target, General Mills, Land O’Lakes and other local companies that are among the hundreds of audiences she’s spoken to.

“I’d like to have an impact in a broader way,” she told MPR. “If I’m a chief, I can impact that city, but I don’t have the time to impact the profession or have a more of a global basis.”

Minneapolis Mayor Betsy Hodges requested Harteau step down as the city’s chief of police in late July following heavy criticism she and the department faced over the shooting of Justine Ruszczyk Damond. Medaria Arradondo was named Harteau’s replacement earlier this month.

Harteau told MPR she’s in talks for a few law enforcement consulting jobs. She’s also looking into consulting and speaking opportunities throughout the U.S. and even overseas.