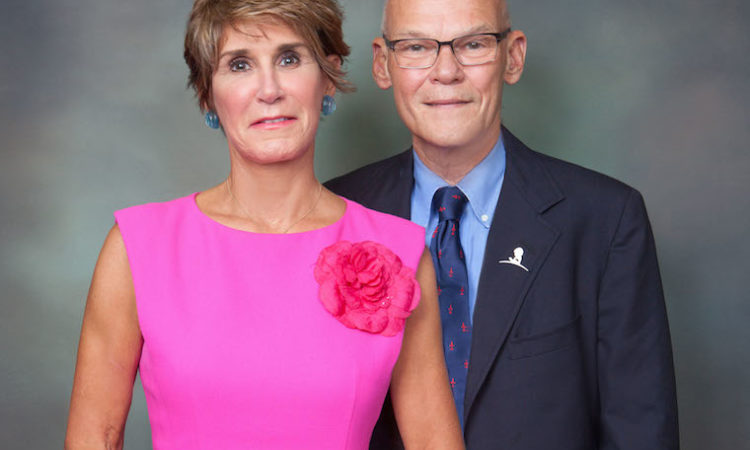 Former U.S. Senate Majority Leader Bill Frist and James Carville and Mary Matalin are on the roster for MANOVA.
By Allison Kaplan
July 30, 2018

James Carville and Mary Matalin, Arianna Huffington, and former U.S. Senate majority leader and nationally acclaimed heart and lung transplant surgeon Bill Frist are among the speakers scheduled to take part in a first of its kind healthcare summit in Minneapolis this fall.

MANOVA, which gets its name from a mash-up of Medical Alley and innovation, is a four-day summit aimed at bringing together the best minds in health care to showcase best practices, innovations, and breakthroughs at the crossroads of healthcare, medical technology, and retail delivery. Coordinated in part by the Medical Alley Association, the event’s lead sponsor is Walmart. The producing partner is 2023 Partners, a group founded by marketing bigwigs, including former chief marketing officer for General Mills Mark Addicks, Kathy Tunheim, founder and president of Minneapolis-based Tunheim Inc., and Arick Wierson, a former senior media advisor to New York City Mayor Michael Bloomberg and now a columnist for CNBC and CNN.

The group is leveraging the brainpower of notable Minnesotans to speak at the event, including Andy Slavitt, who served as the acting administrator for the Centers for Medicare & Medicaid Services under President Obama and explorer/author Dan Buettner, who discovered “Blue Zones” where people live the longest.

The formidable roster of speakers released today also includes senior executives from Facebook, Protolabs, Rand Corporation, CQentia, and other leaders in healthcare, medtech and retail and consumer technology. CNN’s Michael Smerconish will moderate a discussion on healthcare in the context of the 2018 elections between political pundits/spouses Carville and Matalin.

“Healthcare is one of the most pressing concerns in this country and it aims to figure prominently in the his fall’s midterm elections,” Smerconish said in a statement. “I think MANOVA is really setting itself up to be the place where the biggest issues in healthcare and consumer wellness are debated through the lens of public policy.”

MANOVA takes place Oct. 8-11 in Minneapolis. Early bird tickets are on sale through August 8 for $850. Regular price tickets are $1,500. Student discounts are available.