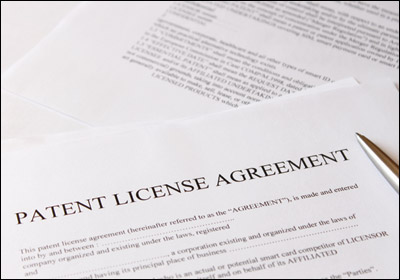 Acacia Research Corporation reached a settlement, the terms of which were not disclosed, after suing Enventis.
January 17, 2014

Acacia Research was founded in 1993 and bills itself as an intermediary in the patent marketplace. Firms such as Acacia Research are commonly referred to as “non-practicing entities,” which attempt to enforce patent rights and collect licensing fees. They’re often also given a less flattering moniker: “patent trolls.”

Recent legislation has attempted to discourage what some see as frivolous lawsuits from such firms, although Acacia Research says its role is to help patent owners monetize their intellectual property. (In 2012, Business Insider ranked Acacia Research as one of “Tech’s Eight Most-Fearsome ‘Patent Trolls.’”).

On Friday, Acacia Research announced that it “entered into a settlement and patent license agreement with HickoryTech” that resolves the pending litigation.

Jennifer Spaude, Enventis’ director of investor relations, marketing, and public relations, confirmed in an email to Twin Cities Business that Acacia Research’s Brandywine Communications subsidiary withdrew its claim and a settlement was reached, although she declined to disclose further details, citing a confidentiality agreement.

She described the settlement amount, however, as “immaterial.” Enventis will include a “brief mention” of the settlement in its next annual regulatory filing, but “due to the immaterial amount, no terms will be disclosed,” Spaude said.

Enventis is among Minnesota’s 60 largest public companies based on revenue, which totaled $183.2 million in 2012.

A quick scroll through Acacia Research’s press releases suggests that settlements such as the one it reached with Enventis are relatively common. For example, the company said Friday that it settled pending litigation with office supply chain store Staples, Inc.

And its “patent defense” operations appear quite lucrative: Acacia Research reported profits of $59.4 million on $250.7 million in revenue in 2012.