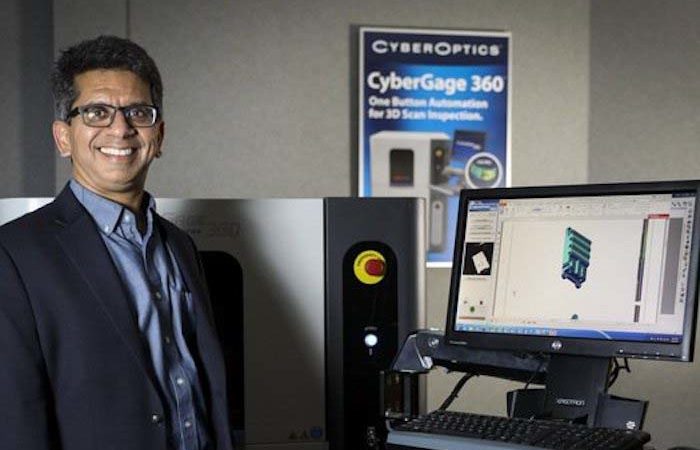 The semiconductor equipment maker is slated to change hands in a $380 million deal.
By Winter Keefer
August 11, 2022

The two companies announced the agreement in separate news releases issued Monday. The cash transaction is valued at $54 a share and is expected to close in the first quarter of Nordson’s 2023 fiscal year.

The transaction delivers “substantial and immediate cash value” to CyberOptics’ shareholders and expands future options for the company’s customers, said CyberOptics president and CEO Subodh Kulkarni in a news release. The company’s 200 employees will remain in Minnesota.

“We believe the combination has strong strategic logic and creates the right partnership to meet the evolving needs of our customers and growth opportunities for our employees,” Kulkarni said.

The acquisition of CyberOptics is expected to improve Nordson’s testing and inspection, company officials said. CyberOptics also will help grow Nordson’s product offerings in the semiconductor and electronics industries, according to the companies.

The boards of directors of both companies have approved the transaction, which is still subject to approval by CyberOptics’ shareholders.

Nordson is slated to provide more details about the acquisition on its upcoming financial earnings call scheduled for Aug. 23.