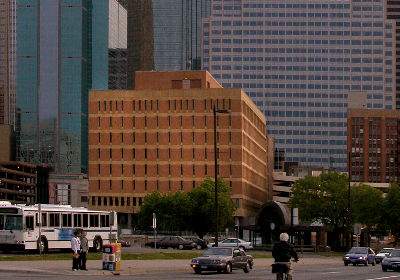 For the quarter that ended March 31, the Minneapolis-based utility company reported earnings of $237 million, or $0.48 per share, up 28.8 percent from $184 million, or $0.38 per share, during the same period in 2012. Earnings per share were $0.03 higher than what analysts polled by Thomson Reuters had expected.

Revenue, meanwhile, totaled $2.78 billion, up 7.9 percent from $2.58 billion in the first quarter of 2012. First-quarter revenue exceeded analysts’ projections of $2.76 billion.

Xcel said that its quarterly earnings increase was due not only to this year’s colder than normal winter but also to the abnormally warm first quarter of 2012. Unusually hot summers or cold winters increase electric and natural gas sales, whereas mild weather typically reduces sales.

“We had a good first quarter delivering solid earnings, while maintaining quality service and reliability,” Chairman, President, and CEO Ben Fowke said in a Thursday statement. “We are reaffirming our 2013 earnings guidance of $1.85 to $1.95 per share.”

Xcel said its improved quarterly results were also partly due to the implementation of rate increases in Colorado, South Dakota, and Wisconsin, as well as interim rate increases, in Minnesota and North Dakota. The company acknowledged, however, that some rate hikes have been contested.

“Several parties filed adverse recommendations in our electric rate case in Minnesota and our natural gas rate case in Colorado,” Fowke said. “We believe our requested rate increases are necessary to continue to provide excellent customer service and reliability, recover our costs of investments in our utility business, maintain strong credit ratings, and access the capital markets.”

Fowke said the company’s 2013 earnings forecast is dependent on several key assumptions, including the outcomes in all the rate case and regulatory proceedings.

Shares of Xcel’s stock were trading down about 0.51 percent at $31.28 Thursday during mid-day trading.