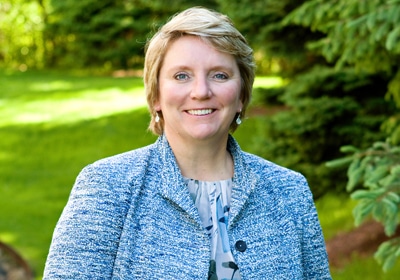 Her departure aligns with the company’s 20th anniversary.
January 28, 2017

Sona Mehring, the founder of CaringBridge — a nonprofit that helps family and friends create websites to connect during periods of health crisis — announced on Wednesday her intention to retire.

Mehring will step down on June 30, marking 20 years since she founded the Eagan-based social networking organization.

“It’s been an incredible honor to have brought CaringBridge into this world at a time when the household use of the internet was in its infancy,” Mehring said in a statement. “I look forward to watching the next 20 years of CaringBridge unfold.”

Since the company’s founding, more than 650,000 CaringBridge pages have been created, which altogether received more than 2 billion visits. The websites can be made public or accessible only to family and friends, and are entirely free of charge.

Mehring’s idea for CaringBridge was born in 1997, when a couple she was close friends with had a premature birth named Brighid. “Instead of making dozens of emotional and time-consuming phone calls, I decided to create a website,” Mehring said of the nonprofit’s founding. (In fact, the nonprofit’s name organically came from “caring for Brighid.”)

Before CaringBridge, Mehring was a computer programmer and website developer. Over the course of her career, she became known as one of the top voices among women in leadership and technology in the Twin Cities.

Following her retirement, Mehring said she will “follow her passion for connecting people in a positive and supportive way, especially online.” Although she doesn’t have specific plans to share, Mehring added that she plans “to continue supporting entrepreneurial initiatives.”

“I will surely miss her day-to-day presence,” said Liwanag Ojala, who replaced Mehring as CEO of CaringBridge two years ago. “Her mark on CaringBridge, as its founder, is indelible.”

For more on CaringBrdige and its journey to fill an “unmet need” among grieving family members and friends, read TCB’s 2010 profile on the nonprofit.