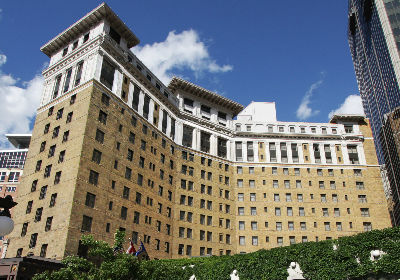 Readers of national magazine CondÃ© Nast Traveler recently rated hotels in the Midwest, and two Twin Cities hotels were among the 25 highest-rated.

Graves 601 Hotel Wyndham Grand in Minneapolis ranked eighth with 88.3 points out of a possible 100—and the Saint Paul Hotel ranked ninth with 87.9 points.

Readers rated hotels based on quality of rooms, service, food, location, and design. Hotels in Minnesota, Illinois, Indiana, Michigan, Missouri, Ohio, and Wisconsin were part of the Midwest ranking. The Waldorf Astoria in Chicago topped the list with a score of 97.9.

The list was part of the magazine’s 2012 Readers’ Choice Awards, which drew ratings from 46,476 readers, the magazine said.