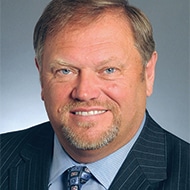 Tom Bakk (DFL-Cook) has a safe seat in the state Senate’s geographically largest district. (It includes most of the Iron Range and North Shore, including parts of Duluth all the way to International Falls.) Assuming the DFL holds the Minnesota Senate, he’ll retain one of the Legislature’s most powerful positions. It’s a precarious balancing act, as Iron Range politics are often at odds with urban DFLers and DFL Gov. Mark Dayton. His district’s population continues to shrink (the main reason it covers so much land), and Range residents are feeling beleaguered and restive as good mining jobs vanish. The special session he pushed for in 2016 didn’t happen, negating a crucial bonding bill. Expect Bakk to face another contentious year, both in his district and at the Capitol. Will he be testing the waters for the governor’s race in 2018?