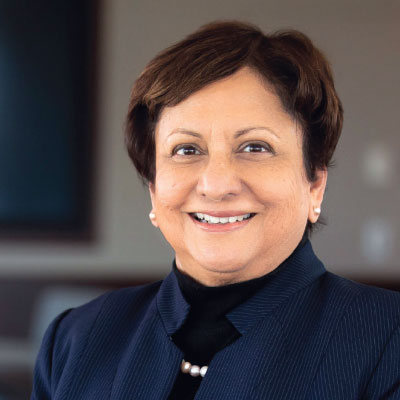 Sri Zaheer may have the biggest business network in the Twin Cities metro area. She became dean of the University of Minnesota’s Carlson School in 2012. Since then, she has reached out to business leaders to serve on advisory boards and in other capacities that enhance the learning and career prospects of Carlson students. She also has her finger on the pulse of the regional economy through her service on the board of directors of the Federal Reserve Bank of Minneapolis. At a September celebration that marked the Carlson School’s 100th anniversary, Zaheer noted that “business is a force for good.” Now she’s assessing which educational programs Carlson needs to support business students in 2020 and beyond.