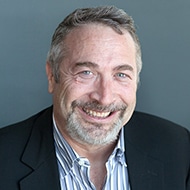 In 2010, when Scott Fahrenkrug became aware of the painful dehorning procedure dairy cows endure, he took action. But rather than start a petition, the professor at the University of Minnesota’s animal science department manipulated a cow embryo to create hornless cows. His success in manipulating their DNA pushed him to found Recombinetics, a St. Paul gene editing company that is making goats meatier and pigs more disease-resistant. In a fall 2015 feature on Fahrenkrug, Mother Jones said, “This scientist might end animal cruelty.” And the potential of Recombinetics’ technology goes beyond livestock, as it moves into efforts to address human ailments.