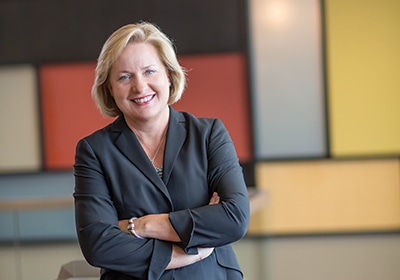 Smith and Buffalo Wild Wings keep flying higher. It's now pushing toward 1,000 franchises, and not all of them are in the United States. The company opened its first restaurants in Canada in 2011 and announced in 2013 plans to expand into Mexico, Asia, and the middle East. Smith has been with Buffalo Wild Wings 20 years, nearly 18 as CEO--and she appears to be still enjoying the flight.