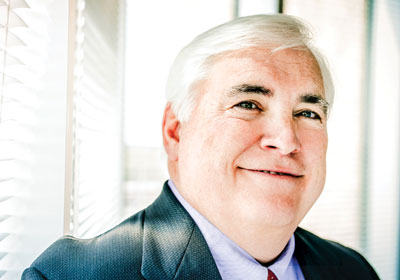 After Hogan became Pentair's CEO in 2001, he helped chart a major tranformation, selling off its long-held tools business and building a global water-solutions company. His efforts culminated in 2012 with a $5.3 billion merger with a division of Swiss giant Tyco that created a $7.5 billion behemoth, where he remains at the helm. Overseeing a 30,000-employee operation, Hogan's mark on the Twin Cities business community is indelible, and he's strengthening his position on the global stage, planning continued internaitonal expansion.