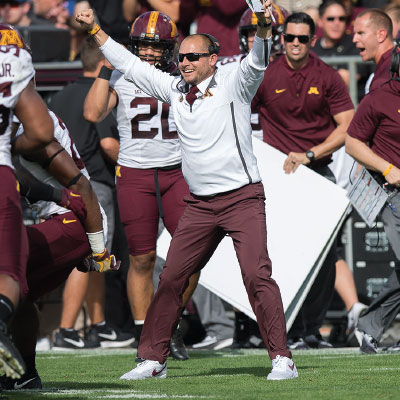 P.J. Fleck shocked Minnesota’s reticent culture when he came on the scene last winter to run the Gophers football program. Fresh from a 13-1 record and a Cotton Bowl berth at Western Michigan, the high-energy coach arrived in Minnesota with an abundance of motivational slogans and a commitment to make Minnesota an “elite” program. Though the team’s 2016 record was credible, several players were accused of sexual misconduct during the season. Now Fleck will be judged on his ability to lead on and off the field. Expectations are high—fans want Big Ten titles and major bowl games.