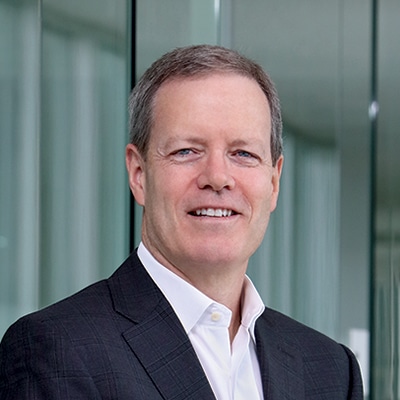 2021, Alumni: Quick to recognize 3M’s ability to play a key role in combating Covid-19, Michael Roman directed his team to double global production of N95 masks, while expanding production of hand sanitizers, disinfectants, and air purifiers, as well as donating millions in cash and supplies. Roman was quick to partner with medical researchers and manufacturers on innovations in filters, shields, and diagnostic tests. And he’s been a vocal opponent of price gouging by those who tried to exploit demand for 3M products.

2019, Emerging: After a 13-year period in which 3M Corp. was led by European-born CEOs (Englishman George Buckley from 2005 to 2011 and Sweden’s Inge Thulin from 2012 to 2018), the multinational this year went back into the hands of a Midwesterner and University of Minnesota graduate. Wisconsin native Michael Roman earned an electrical engineering degree from the U’s Institute of Technology in the early 1980s before launching a 30-year career at the $32 billion industrial giant, culminating in his appointment as CEO in March. He is expected to focus on strategic acquisitions, building on Thulin’s successful efforts to improve profitability.