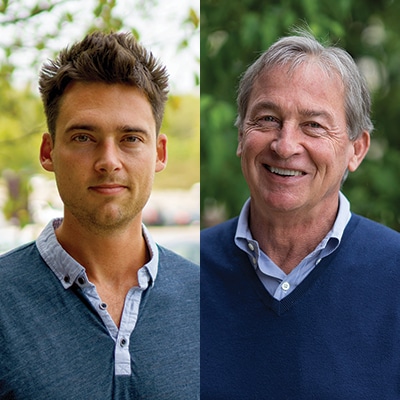 Director of growth and CEO

In 2015, this son-father duo kicked off one of the best-funded Minnesota-based Kickstarter campaigns in history, raising more than $800,000 from nearly 3,000 backers. Founded in 2009, Golden Valley-based Zivix is the music software and technology firm that created Jamstik, a wireless digital guitar, and AirJamz, a Bluetooth guitar pick that translates arm movements into music. In May, the Cannons launched another crowdfunding campaign for two new versions of Jamstik, which raked in more than $600,000. Zivix seems to launch a new product every 12 to 18 months, so keep your eyes peeled for its latest invention.