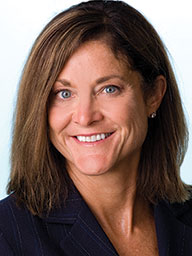 Kane, who joined Minnetonka-based Welsh in 1987, is recognized as a leader in local commercial real estate circles. She became president and chief operating officer of the diversified company in 2001, Welsh offers brokerage, property management, construction, capital, architecture and facility services. In 2011 Welsh struck an affiliation deal with Seattle-based Colliers International, bringing its brokers and property managers under a well-known national name. In 2012, Kane became CEO and majority owner of Welsh Companies.