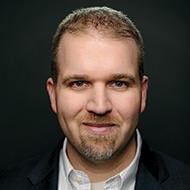 Jamie Anderson has navigated Emergent Networks’ strategic direction since 2003. Under his leadership, the firm has become the IT counselor for some of the region’s leading businesses and has posted more than 100 percent year-over-year growth since 2012, pulling in $23.9 million in 2015. Anderson managed the firm’s recent expansion into Rochester and Mankato, and is the driver behind its ranking on Inc.’s 2016 list of the 5,000 fastest-growing companies, expanding from seven employees in 2007 to 98 in 2016. This year Anderson, who one day will replace his father as CEO, also began offering his customers technical desk support 24/7 out of Emergent’s office—in Edina, not Mumbai.