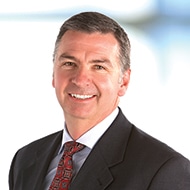 The new CEO of Hormel, James Snee, has a tough act to follow. Since 2006, under former CEO Jeffrey Ettinger, Hormel’s stock price increased nearly fivefold. Ettinger leaves the multinational manufacturer and marketer of consumer-branded food and meat products, including iconic Spam, with record third-quarter 2016 net earnings of $195.7 million—up 33 percent from the prior year. In keeping with recent tradition, Snee’s challenge in 2017 will be to grow Hormel’s top line by at least 5 percent and its bottom line by 10 percent on top of 2016’s phenomenal numbers.