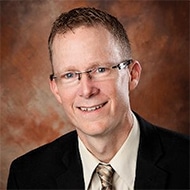 In his 28 years with Paul Bunyan, Gary Johnson has worked his way from computer programmer to CEO, a position he has held since 2012. In 2014, Johnson announced the cooperative’s debut of GigaZone, one of the nation’s largest gigabit networks, offering data speeds up to 1G per second. Bunyan has already upgraded all of the school districts it serves to its GigaZone speed, including cities such as Red Lake, Bemidji and Grand Rapids. The cooperative will continue expanding its 1G across a 5,000-square-mile rural service area, providing broadband services to unserved rural areas.