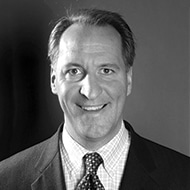 With the perfect surname for a Minnesota leader (though he’s actually a native South Dakotan), Doug Loon was named the Minnesota Chamber’s president in September, succeeding the late David Olson, who had run the chamber since 1991. Loon’s learning curve should be short. He’s been working for the U.S. Chamber of Commerce since 1995, most recently as director of its network of seven regional offices nationwide. During his tenure, Olson was a strong but gracious warrior for Main Street business concerns—education, worker training, and tax and regulation burdens, most notably. Loon will probably follow the same approach, but look for him to put his own stamp on the office.