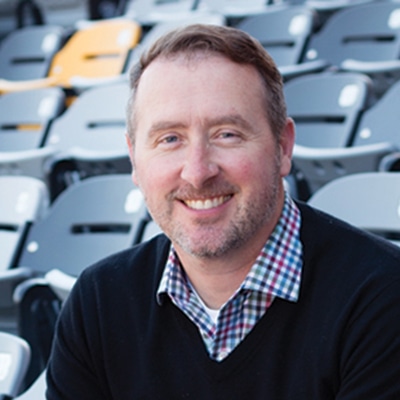 For the last 14 years, Derek Sharrer has been providing the day-to-day leadership for the St. Paul Saints, a remarkable period during which they have consistently emerged as the most successful minor league baseball team in the country. His accomplishments include being named the American Association Executive of the Year for three straight seasons (2015-17), and it’s hard to argue with that honor when the Saints have filled CHS Field at a higher capacity than any team in not just the American Association but all of U.S. minor league baseball: 115 percent (with standing room) in 2017.