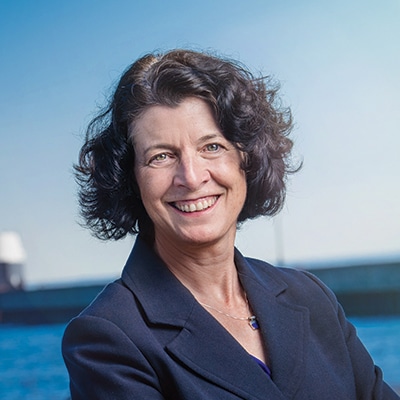 Deb DeLuca is the first woman to take charge of the Duluth port. Named executive director in August, she had served as the Port Authority’s government and environmental affairs director since 2014. The Port Authority doesn’t just make sure the ore boats and other ships can safely navigate the harbor; it’s also charged with broader economic development. The port is thriving—so much so that the authority had to move its offices away from the dock to make room for businesses to expand. As the port’s new captain, DeLuca will be looking for ways to help expand the city’s industrial base; Duluth’s economy, after all, is not just driven by tourists.