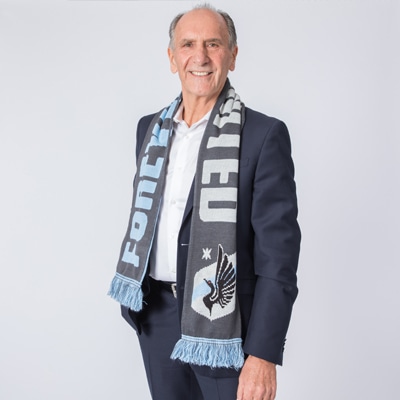 Minnesota United FC was midway through its inaugural Major League Soccer season, and construction had just begun on its new $200 million stadium in St. Paul, when owner Bill McGuire announced that longtime Minnesota Timberwolves president Chris Wright was switching teams. As an Englishman and a former soccer goalie, Wright was a natural for the job of guiding a new MLS franchise through its initial growing pains. His pioneer status as a local soccer advocate can be traced all the way back to the 1980s, when he was general manager of the Minnesota Strikers indoor pro team.