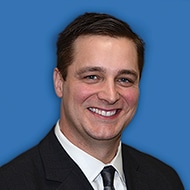 Adam Duininck is quickly learning that running a regional planning and governing body is fraught with drama. Eyebrows rose when Gov. Mark Dayton appointed the former construction worker and labor advocate, who is also the husband of his chief of staff, Jaime Tincher. Soon after he took over, he had to deal with the skyrocketing costs and cumbersome lawsuits around the Southwest light rail project. Duininck has handled the issue deftly and he’s impressed many with his approachability and openness, but he’s got a lot more on his plate, including convincing the Legislature to fund SWLRT, housing and water squabbles with various exurbs, and calls to reorganize and reform the Met Council.