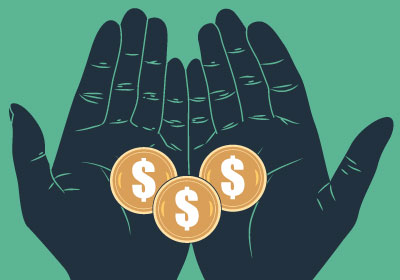 If Asked To Serve As Trustee For Someone’s Estate, Think Hard

The position of trustee carries a serious fiduciary obligation.
July 01, 2013

Suppose that a friend or business associate, having done some estate planning, asks you to serve as a trustee—a manager of a trust—for them. How should you feel? Honored? Worried? Unsure?

If you aren’t at least a little nervous, you ought to be. Twin Cities attorneys and wealth managers warn that the position of trustee carries a serious fiduciary obligation. It can be time-consuming, frustrating, and even fraught with risk. While the role has existed for centuries, changes in demographics and in the investment world—some quite recent—have combined to make the trustee’s job trickier.

Before you agree to act as trustee for any part of someone’s estate, there are things you should know about the role itself and questions you should ask about the particular situation you are walking into. Here is a primer.

The first thing to understand is that “trustee” is not a synonym for executor or personal representative, says attorney Anne Bjerken, a shareholder with the Gray Plant Mooty law firm in Minneapolis, whose practice focuses on estate planning. The personal representative for an estate (Minnesota law uses the term to include executors) deals with probate in court, files tax returns, pays funeral expenses, and distributes the estate’s assets according to the terms of the late estate-owner’s will—or, in the absence of a will, a court’s direction.

Except in rare cases, the personal representative has a short-term responsibility. “That job usually lasts about a year,” Bjerken says.

A trustee’s job can last a lot longer. The role of trustee does not come into being unless the estate includes a trust—a discrete legal “container” for certain assets. “A trustee always manages a trust,” as Bjerken puts it. The trustee holds title to the assets in the trust, which might include a stock portfolio, real estate, a closely held business, a coin collection, or any number of things.

Some trusts are designed to last only a few years, as when a minor child will receive all of the assets at age 21 or a charity will receive distributions for five years. But in some states, including South Dakota, a trust can last forever. Even in states such as Minnesota, which has a rule against perpetuities, a multigenerational trust can last for roughly 100 years.

An estate can include multiple trusts, as when each of several children has an individual trust. A single person can serve as trustee for more than one trust. Conversely, a single trust can have a number of co-trustees, including both individuals and corporate entities such as banks or, yes, trust companies. Beneficiaries also can be named as trustees or co-trustees, as when one sibling manages a trust on behalf of several family members.

Trusts exist in order to benefit and protect beneficiaries. “Most of the reasons why people create trusts fall under the umbrella of protection,” says attorney Mavis Van Sambeek, who represents trustees and other fiduciaries as a partner with Lindquist & Vennum of Minneapolis. When trusts are designed for tax reasons, it is usually the beneficiaries who profit most from the tax protection. Trusts also can “protect beneficiaries from their own immaturity, or their propensity to overspend, or from their creditors—including a spouse,” Van Sambeek says.

The desire to protect adult beneficiaries from creditors or misfortune is more common than, say, the need to protect them from their own drug habits. The reason trust assets often aren’t turned over to heirs until they are somewhere past the age of 30 usually boils down to a matter of simple prudence, says Peter Eckerline, a managing director for Merrill Lynch Wealth Management in Wayzata. “A lot of people who took generations to build up wealth just don’t want to give it to a 23-year-old,” he says.

Trustees aren’t necessarily paid but they can be, in accordance with provisions of the trust document—the instrument that establishes the trust—and within certain legal guidelines. Paid or not, they take on some serious obligations. These begin with the duty to abide by the terms of the trust document, Van Sambeek says. Thus, there is a duty to follow the directions of the grantor who created the trust. That said, everything else about the trustee’s obligations has to do with the beneficiaries. As a trustee, your basic duties would include:

As trustee, you can use the trust’s assets to pay people to help with most of these duties. Trustees commonly hire investment managers, attorneys, and accountants. Depending on the nature of the assets the trust contains, you also might have to hire experts ranging from real estate managers to geologists. But as trustee, you remain ultimately responsible for the investments, distributions, and management of the trust. “You can hire people to help, but you have to properly supervise them,” Van Sambeek says. “You can’t just follow their advice and hide behind them.”

Why might you want someone to hide behind? Because trustees get sued.

“There is a lot more trust and estate litigation now than in the past,” says Douglas Wolgamot, an attorney with Winthrop & Weinstine, a law firm in Minneapolis. His practice is focused on estate-planning work for clients who are the owners of closely held businesses. Though increased estate-related conflict may partly reflect the increasing litigiousness of society in general, trusts are a tempting target because “there can be a lot of money sitting there,” Wolgamot says.

When trustees get sued, it is usually by a beneficiary. Lawsuits can attack either the trustee’s investment decisions (e.g., the trust suffered because the trustee was negligent or imprudent or failed to diversify) or distribution decisions.

An angry beneficiary “can claim that you have breached a term of the trust [document] or your fiduciary duty,” Wolgamot says. The bar to get into court on “reasonable” grounds is low, he says. “The bar to prevail is higher, but it doesn’t take much to force a trustee into court to explain how some action was reasonable and prudent.”

Attorney Bjerken notes that in the market crash of 2008 and 2009, when some blue-chip stocks “tanked badly,” a lot of trustees got sued. The same thing happened to trustees whose commercial real estate holdings looked like brilliant investments until the real estate market imploded.

Most states, including Minnesota, allow trustees to use the trust’s assets to defend themselves in such cases—although if the beneficiaries win a claim that your attorney fees were unreasonable, Wolgamot says, “you could be on the hook yourself.”

Aside from that, unless you are dishonest or grossly negligent, the chance of losing your own money in a lawsuit brought by beneficiaries is fairly remote. The law “has protections built in for trustees who act in good faith,” Wolgamot says.

How do you know if the trust you are being asked to manage is a lawsuit waiting to happen? Any time there is a cast of beneficiaries whose financial interests inherently conflict, that is a red flag, experts warn. A classic example is a trust that is supposed to provide for a surviving spouse for life, then pass to the adult kids after the spouse’s death. This gets especially dicey when the surviving spouse is a second wife (the most common scenario) and the kids who eventually will inherit are from the first marriage.

In this case, every dollar the trust distributes to the second wife—for a new car, a new house, a European vacation—may mean a dollar less for the kids. Even if the trust document provides specific instructions, the trustee will have to exercise some discretion both on the investment and distribution sides in order to balance the needs of the present and future beneficiaries.

Whom Do You Trust?

Turn the question around: What if you are the one who is looking for a trustee in connection with your own estate planning? Obviously you want someone whose character and judgment you trust. Here is a distillation of experts’ advice about other criteria to consider.

This scenario has grown even more tense in the wake of the 2008 crash, when many trusts not only lost money but also saw earnings on fixed-income investments drop, observes Kristine Merta, a managing director with wealth-management firm Oxford Financial Group in Minneapolis.

Merta says that many of these trusts were drafted on the assumption that Stepmom could live comfortably on a portfolio’s earnings, while the principal would be preserved for the kids. “When bonds were yielding 7 percent, that was good,” she says. But where can a prudent investor be assured of a safe, 7 percent return today? And without such a return, how can the trustee not dip into the principal to support Stepmom?

Due to demographic and social changes, blended families are more common today. And due to changes in the financial markets, “prudent investing” has taken on new meaning. A person now can make stock trades on a cell phone, experts point out, and investments themselves have become more sophisticated. To defend against a claim that you failed to maintain a suitably diversified portfolio, “it may not be enough anymore just to be in bonds and equities,” Van Sambeek says. “You may need other investments that aren’t correlated with what happens in the stock market.” Maybe you should invest in hedge funds or restaurants, which once would have been anathema to a trustee. But, she says, “if you make a risky investment and lose your shirt, you are answerable to the beneficiaries.”

All of this underscores the need to look very carefully at the particular situation before you agree to serve as someone’s trustee. How long is the trust meant to last? What kind of assets are in the trust? If a business is involved, do you have the expertise to manage it? Who are the beneficiaries? Do they have a history of litigious behavior? Any substance abusers? Any plain jerks that you simply don’t want in your life?

One more thing: “Be sure you read and understand the trust document,” says James Linnett, managing director of wealth strategy for Ascent Private Capital Management in Minneapolis, a division of U.S. Bank. Remember that the trust document is “a legal contract that sets forth the terms you’ll operate under . . . If my brother asked me to be trustee for his kids, I wouldn’t agree without knowing what the trust document says.”

If you have any questions at all about the document, Linnett adds, “see a lawyer.” It may not be the last time you do.