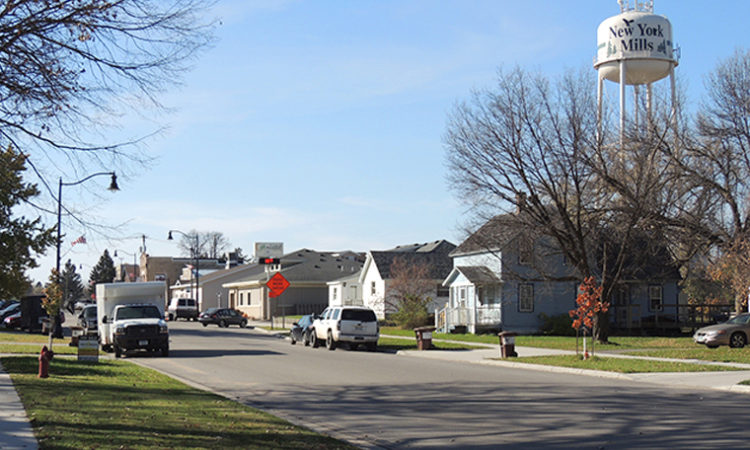 In New York Mills, public agencies are working with nonprofit organizations and employers to create a day care cooperative that will provide care for at least some children. (Photos by Gregg Aamot)

“Several people here have had to quit because their home-based day care closed,” said Lynda Everson, HR director for Brunswick Boat Group. “It’s a constant frustration in our employee base.”
By Gregg Aamot
December 14, 2017

Brunswick Boat Group has been a longtime economic anchor in the small town of New York Mills, producing its iconic line of Lund Boats in, appropriately, the heart of Minnesota lakes country. In recent years, however, the company has lost workers because of a growing problem in some rural places: the lack of day care options for working parents.

“Several people here have had to quit because their home-based day care closed,” said Lynda Everson, the human resources director for Brunswick. “It’s a constant frustration in our employee base,” she added. “Obviously, family and children are going to be your priority over everything else, so people do what they need to do.”

A recent analysis by the nonprofit agency First Children’s Finance estimates that 156 children in New York Mills under the age of 5 with all parents in the workforce are not attending day care – in either home- or center-based programs. In other words, the parents of those children are relying on neighbors or family members to care for their children, driving them to day care in other towns, or working opposite shifts to ensure that one parent is always home.

It’s a scenario playing out in many rural areas of Minnesota – one that has caught the attention of civic leaders who are concerned about the vibrancy of their communities.

“Those situations are not ideal for parents or kids – or for employers,” said Nicolas Leonard, Otter Tail County’s director of economic development.

The number of day care providers in Otter Tail County dropped from 159 in 2006 to 139 in 2015, according to figures compiled by the state Department of Human Services. During that same time frame in rural Minnesota, meanwhile, the number of providers dropped by nearly 2,000, from 8,279 to 6,366.

In New York Mills, a town of 1,100 people that passes by quickly on U.S. Highway 10, public agencies are working with nonprofit organizations and a handful of employers to create a day care cooperative that will provide care for at least some children who need a place to go. A center planned for an unused space in a county office building is expected to open next year and will have room, eventually, for as many as 36 children.

The center will operate like a typical day care, with providers getting a break on rent and local companies sponsoring some seats to protect against huge swings in revenue.

Brunswick has agreed to cover three seats. Those seats will be set aside for the children of Brunswick employees, who will pay for them, but if they go unfilled – if a child gets sick and misses several days, or parents move from the area – the company will pay for the seats while they are not being used.

“We believe it’s a worthy project,” Everson said. “We don’t want to be in the day care business, but we do want to do what we can to help it be successful.”

‘Deserts’ among the lakes

New York Mills sits in the eastern half of Otter Tail County, a sprawling region of popular fishing lakes and resort towns in western Minnesota. The biggest city in the county is Fergus Falls, which has a population of about 13,000.

In August, the Center for American Progress, a Washington, D.C.-based think tank, released a study that highlighted “child care deserts” across the United States – neighborhoods or communities where children under the age of 5 have no access to day care or where there are more than three times as many children as available licensed day care seats. 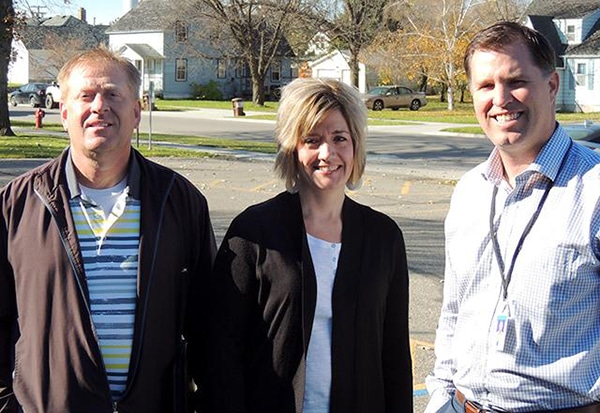 The center, which analyzed the locations of licensed day care operators in 22 states that provided the data, found that 26 percent of Minnesotans live in such areas. Thirty-six percent of those people were African-American; 32 percent were Hispanic; and 24 percent were white. Urban areas had the highest percentage of child care deserts in Minnesota, followed by rural areas and then suburban areas.

In Otter Tail County, the study found, about half of the residents live in child care deserts.

Rasheed Malik, a policy analyst who co-authored the study, said the idea was to draw attention to a growing need; the initiative comes about a decade after a similar movement that highlighted “food deserts” – places where people have inadequate access to fresh vegetables and other food staples.

In the case of child care, the lack of options has the potential to exacerbate the problems rural areas already face, Malik said. “It has an immediate impact on families’ ability to make ends meet and a long-term effect on the problems that rural communities have faced for a while – the ‘brain drain’ in some areas, reduced labor force participation and higher unemployment rates,” he said.

Most day care centers in Minnesota, especially in rural areas, are home-based and run by women, many of them mothers themselves. Government regulations are strict, and small populations scattered over large areas can make it difficult for providers to serve enough families to make a profit.

“The reality is that, if you are just meeting basic needs and can’t make a living, a provider might think, ‘I could work a part-time job from 9 to 4 and probably bring in more money for my household,’” Leonard said. “For more and more families, it just doesn’t make sense.”

According to First Children’s Finance, which provided financial analysis for the New York Mills project, about half of rural in-home day care workers in Minnesota make less than $8 per hour when expenses are factored in. Employees of day care centers, meanwhile, make between $9 and $13, generally without benefits, the agency said.

Executive Director Gertrude Matemba-Mutasa called the lack of day care options “a major issue” in Minnesota that is finally getting some attention.

“For many years, we sort of overlooked it because it only affected women that couldn’t find quality care in their neighborhood,” she said. “What has happened is that the issue is now impacting entire communities in a way that is actually the impetus for some of the funding we are seeing being funneled into the field.” 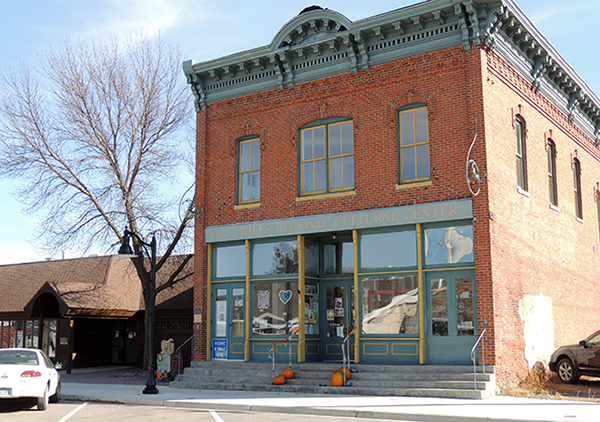 First Children’s Finance is involved in several small-town initiatives like the one in New York Mills, offering analysis and advice on projects that are under way. Other small towns in Minnesota are also pushing ahead with their own alternatives, such as Clarkfield, which has joined a local charter school in building a day care center.

Towns struggling to come up with a plan, meanwhile, are getting some help from the state through a $1 million pilot program being administered by First Children’s Finance. The Rural Child Care Innovation Program – funded with a grant from the Department of Human Services – currently includes four rural communities: Roseau County, in far northern Minnesota; the cities of Dawson and Boyd in the western part of the state; Sibley County in west-central Minnesota, and the city of Austin near the Iowa border.

“Let’s get out of the traditional mode of thinking on this issue and let’s harness the power of the community,” Metamba-Mutasa said, speaking broadly of the problem. “Let’s build something.”

Holding its own
Unlike many rural towns of similar size, New York Mills has experienced a slight increase in its population over the years, from about 850 residents in 1950 to more than 1,100 residents today. The city is perhaps best known for the Great American Think-Off, an annual philosophy contest run out of a local arts center.

Many of the town’s residents work in larger nearby towns, like Perham and Wadena, but send their kids to the local high school, which has avoided consolidation and is adding a new wing. Yet leaders worry about the economic stability of a region where workers must jump through hoops to find care for their children.

About a year ago, Mark Hanson, the city’s economic developer, was attending a meeting in town when an official from Brunswick talked about losing employees because of day care. “When your largest employer has that need – that set off alarm bells,” he said.

Elizabeth Holzer and Carlye Carlson, who both work in the company’s human resources department, have managed to find care for their children – and stay with the company. But it hasn’t been easy.

Hanson said his “economic development scope” began to change to include things like day care after he heard similar stories.

“It’s not just about creating jobs anymore, but about having an infrastructure around those jobs,” he said.

Plans call for the day care center to be located in rooms in the county building that are not currently being used. Some of the partners in the project, besides the city and county and Brunswick, include the Mahube-Otwa Community Action Partnership, the local school district, Tri-County Hospital, and KLN Family Brands, a food processor in Perham.

“It’s in our best interest if kids get reliable, consistent care – if they get a good start at life,” Leonard said. “So, we’re taking this space that’s available and making it useful for child care.” And, they hope, keeping people in town and promoting economic growth.

He added: “It’s really a no-brainer.”