Tim Dallum became production manager of Twin Cities Business in November 2011. Tim moved over from working on the production team on Mpls. St. Paul magazine where he had been the traffic manager since 2006. He is responsible for creating the magazine folio, trafficking ads, seeing the magazine through prepress and working with the printer. He also handles the role of production manager on various other publications. He’s a graduate of the University of Minnesota in Minneapolis.

It seems we can’t find what you’re looking for. Perhaps searching can help. 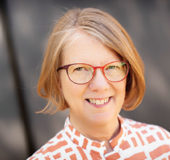