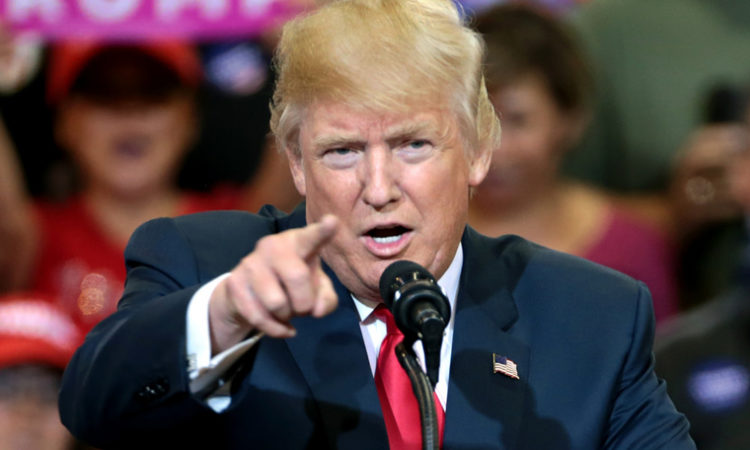 What Does Trump’s Health Care Order Mean for Minnesota Companies?

The Minnesota Chamber was encouraged by the order, while Gravie’s chief executive saw its impact as a “mixed bag.”
By Burl Gilyard
October 16, 2017

Update: On Tuesday, Republican Senator Lamar Alexander and Democratic Senator Patty Murray reached a bipartisan agreement on a plan that would lift some the ACA’s requirements, but would preserve the payments to insurers. After previously expressing support for the effort, Trump issued a tweet on Wednesday indicating that he opposed the measure, casting more confusion over the issue.

BURL GILYARD
When President Donald Trump signed a surprise executive order on Thursday, October 12, designed to improve health care insurance options for employers, it set off a scramble to sort out what it could mean for companies and insurers in Minnesota.

In the wake of the move, business representatives were cautiously encouraged about potential new health care options for small employers. In the short term, Minnesota insurers say that the move will have little effect on the 2018 market for individual health plans in the state.

“This may present some more opportunity, but we’ll have to see what the specifics are,” said Graves. “We’ve consistently heard from those members that they need more and better options.”

The White House also plans to end so-called cost-sharing reduction (CSR) subsidies, federal payments to insurers for coverage provided to lower income individuals under the Affordable Care Act (ACA). But at the same time, there were signals that the President might still support a bipartisan deal in Congress to retain those payments.

Trump’s move is designed give small businesses greater access to association health plans (AHPs) allowing firms to band together to get insurance at more competitive prices, creating options for short-term health insurance and expanding health reimbursement arrangements (HRAs), which could be established by employers for employees to purchase health care. The specifics remain unclear. Trump’s order directs federal agencies to develop new proposed regulations over the next 60 to 120 days.

In an email to Twin Cities Business, Sen noted:

The state of Minnesota operates MNsure, a health care exchange created under ACA where residents can shop for individual insurance policies. For 2018, four insurers – BluePlus, HealthPartners, Medica and UCare – are offering more than 80 different health plans through MNsure. The open enrollment period starts on November 1 and runs through January 14, 2018.
MinnesotaCare is a separate state health plan available to low-income Minnesotans.

“The decision by President Trump to end CSR payments will not change Medica consumer’s current health plans or change the options available to them in 2018. Consumers who qualify can still purchase a plan with lower out-of-pocket costs,” said Geoff Bartsh, vice president of individual and family business for Minnetonka-based insurer Medica, in a statement. “This decision also has no impact on premium subsidies available to the vast majority of consumers. Our premiums for 2018 anticipated this action and were increased previously to account for it. The bottom line is that we anticipated this action in our filings and we are prepared.”

Other insurers echoed that sentiment.

“UCare is committed to providing sustainable health coverage in 2018 for individuals and families buying their own insurance through MNsure. While next year’s UCare Choices rates are not affected by today’s cost-sharing reduction (CSR) news, we support continued efforts to provide Minnesotans of all incomes with affordable and stable health plan choices in the marketplace,” said Ghita Worcester, Senior Vice President of Public Affairs and Chief Marketing Officer for Minneapolis-based UCare.

Catherine Scott, a spokeswoman for Bloomington-based HealthPartners, said: “We’re still evaluating what these decisions mean, but we don’t expect to see any changes that would affect health plan choices for 2018.”

Minnesota Gets Another Divided Legislature. Why?

Target Sails through 3Q with More than $1B in Profit