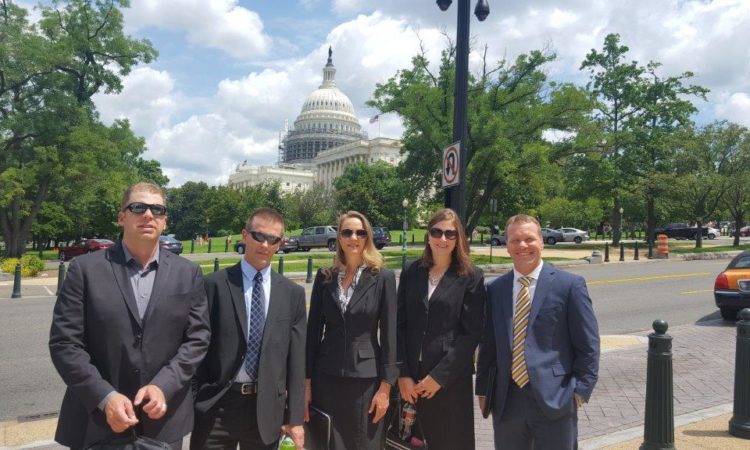 A team from CHI St. Gabriel’s Health, a hospital in Little Falls, is headed to Washington D.C. next week to report to Congress on the progress it is seeing with a program to decrease the number of prescriptions for opioid painkillers in its community. Little Falls is a small city of approximately 8,700 people in central Minnesota.

Back in 2014, hospital doctors and leaders had growing concerns about the high volume of patients landing in its emergency room who were overdosing or seeking narcotics.

In January 2015, St. Gabriel’s Health landed a $368,000 grant from the Minnesota Department of Health to try to address the issue. The grant money allowed St. Gabriel’s to assemble a “Controlled Substance Care Team” and hire three staffers: a nurse, a pharmacist and a social worker.

To get started, Boyles said that St. Gabriel’s looked at patients who had eight or more refills in a year for prescription narcotics. For patients dealing with chronic pain, clinicians at St. Gabriel’s worked to find the root cause of the problem and then address it with other methods: alternative pain medications, surgery or therapy.

Since implementing the program, the hospital has been able to taper 324 patients off of opioids, said Kathy Lange, director of the CHI St. Gabriel’s Health Foundation. St. Gabriel’s is part of Colorado-based nonprofit Catholic Health Initiatives.

Lange said that translates into a 23 percent reduction in narcotic prescriptions since the program started, which represents 370,000 pills and $2.6 million in hospital billing costs.

“It’s $2.6 million a year just on that small number of patients,” said Lange of the cost savings.

The Minnesota Department of Health recently reported that there were 376 opioid-involved deaths in the state in 2016, a 12 percent increase from 2015. MDH’s tally of total “opioid-involved” deaths include prescription pain pills, heroin, fentanyl and fentanyl analogs – a drug designed to mimic the effects of the original drug.

The state saw a total of 637 drug overdose deaths in 2016, a 9.2 percent increase from the previous year. The number of drug overdoses in the state is nearly six times higher than it was in 2000.

Sen. Al Franken and Rep. Rick Nolan invited representatives of St. Gabriel’s Health to Washington D.C. to talk to lawmakers about the program in both the U.S. Senate and the U.S House of Representatives.

“We’ve done this in one of the poorest counties in Minnesota with little resources,” Boyles told Twin Cities Business.

“This is a significant problem that is not going to get resolved without dedicated resources and without funding,” said Boyles. “I think we have a very solid program that will help communities. What we have is scalable and will get results.”