An Eagan-based nonprofit that distributes birthday bags for less-fortunate children is thriving thanks to overwhelming corporate support.
April 01, 2020 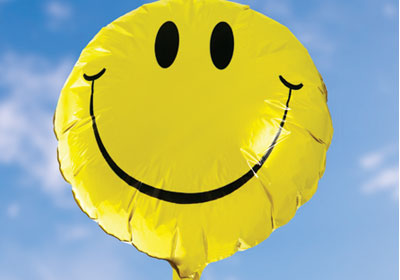 Basic needs like food and clothing are usually top of mind when it comes to Minnesota’s 190,000 children living in poverty. So most people don’t think about the fact that many of these kids go without birthday gifts.

Eagan-based nonprofit Cheerful Givers is working to change that—and has been successful at doing so thanks largely to significant corporate support.

The organization provides gift bags to parents of less-fortunate children so that they have something to give the kids on their birthdays. Bags are valued at $5 to $10 each and filled with books, games, crayons, toys, and candy. After the bags are assembled, they are given to food shelves and shelters, where parents can pick them up.

Cheerful Givers began in 1994 after founder Robin Steele visited a food shelf and found parents who were desperately trying to find birthday gifts for their kids. Since then, the organization has distributed more than 500,000 bags.

The nonprofit has also secured significant corporate support, with numerous organizations routinely assembling birthday bags, says President Karen Kitchel. “It is kind of a fun activity, and some see it as a great team-building opportunity as well,” she explains.

Corporate participants provide cash for the bags and the gifts that go inside. Cheerful Givers buys the gifts and delivers them to the site where the bags are to be assembled-, usually a company office. Employees stuff the bags, which are later picked up by local food shelves.

Earlier this year, 60 employees from Cargill’s AgHorizons division assembled 1,000 bags over their lunch hour at the company’s Wayzata headquarters.

“It’s pretty convenient that they can have everything set up on campus here, which makes it easy for employees to take an hour out of their day to volunteer,” says Cargill Merchant Steve Thyren, who organized the session and would like to make it an annual event.

Minneapolis-based law firm Faegre Baker Daniels LLP has used gift-bag assembly as an activity break during conferences. Last year, 70 attorneys from the United States and London took time out of a meeting at the Hilton Minneapolis to assemble 1,000 toy-filled bags.

St. Paul-based Ecolab and Golden Valley-based General Mills are among the organization’s earliest corporate supporters. Ecolab’s involvement began seven years ago, and it has contributed $30,000, plus 1,000 volunteer hours. Other donors include Target, the Minnesota Vikings, the Minnesota Twins, and Land O’Lakes.

Cheerful Givers finds donors and volunteers mostly through word-of-mouth and direct outreach. But late last year, Burnsville-based AAA Minnesota/Iowa and St. Paul-based Hubbard Broadcasting together arranged for Cheerful Givers to be featured in a 30-second television commercial that ran 100 times on Hubbard-owned KSTC-TV, channel 45 in the Twin Cities.

Gail Weinholzer, director of public affairs at AAA Minnesota/Iowa, says that her organization—known for its roadside and travel services—was looking for ways to spread awareness of its children’s safety publications when it came across Cheerful Givers last year.

Employees have since assembled $5,000 worth of bags, which included children’s safety booklets.

Word about Cheerful Givers has spread rapidly through social networks like Twitter and Facebook. As a result, it reached 84,942 kids in 2011, a 63 percent increase over 2010. In-kind donations totaled about $1.4 million, and cash contributions totaled roughly $153,000.

Cheerful Givers’ administrative and fundraising costs account for only about 2 percent of its annual expenses. Kitchel is the nonprofit’s sole employee, and she manages about 30 regular volunteers who assist with everything from soliciting donations to coordinating bag-assembly events. Also, Cheerful Givers doesn’t have a physical office: Kitchel and the volunteers work from their homes or at different sites as needed.

“We . . . really try to channel all the money towards producing more bags for the children,” Kitchel says. “The need to do more is great.”