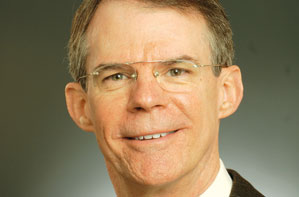 The largest bank group headquartered in Minnesota hasn’t been tarnished by the problems that have hurt and even closed other banks across the country. The equities market seems to have recognized U.S. Bancorp’s fundamental solidity: The Fortune 500 bank company’s stock price (NYSE: USB) has generally held steady in the $30–$34 range over the past year.

Not that U.S. Bank has been totally unaffected. Its third-quarter numbers, released in October, showed net income nearly cut in half from the previous 3Q—$576 million compared to $1.1 billion. In October, the company announced that it would be accepting $6.6 billion in federal capitalization. But it didn’t really need the money. U.S. Bancorp, which had no exposure to toxic mortgage securities, has continued to make loans and attract deposits. With its strong capitalization and balance sheet, it’s well positioned to make a major acquisition, or even two.