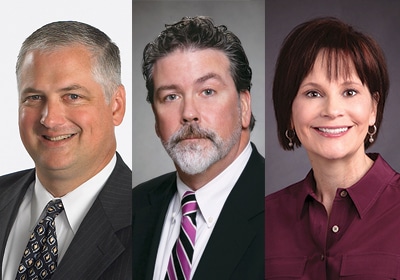 At the North American headquarters of Turck Inc., an unlikely story has been unfolding. In recent years the company has continued to expand its health care offerings to its 500 employees in Plymouth—an on-site clinic, access to a well-being coach and free membership at a nearby health club. The outcome: The company’s health care costs are going down, not up.

And the savings are more than nickels and dimes. CEO Dave Lagerstrom estimates that the company is saving $1.5 million every year on health care costs, because its costs are not increasing on pace with the typical rate of health care inflation in Minnesota. (The company’s parent is based in Germany.)

“The impact is really pretty amazing, both to the business and the employees,” says Lagerstrom. “Our [overall health care] costs right now are actually down from where they were five years ago.”

The company’s program has been drawing attention. Last year Lagerstrom traveled to Washington, D.C., to participate in a congressional briefing on promoting good health at work. Earlier this year, a blog post on theHarvard Business Review website spotlighted Turck’s efforts.

But Lagerstrom says that it’s been an ongoing process to gradually expand the program, educate employees and encourage participation, and offer genuine incentives to workers to become more engaged in preventive health care. The company’s workforce is very diverse, with 33 different languages spoken on the factory floor. Some employees did not have primary doctors, but were used to going to the emergency room for any medical issue, he says.

The company’s on-site clinic first opened in 2007, before Lagerstrom became CEO in November of that year. But Lagerstrom felt that the company wasn’t doing enough for its employees.

“We had been doing an online health assessment every year,” he recalls, noting that employees got a discount for completing the survey. But as Lagerstrom perceived it, the only thing that the company was promoting was taking an online survey: “My view on it was we weren’t helping anybody.”

The clinic initially was only open two days a week. Now it’s open five days a week. There are no co-pay costs for employees who use the clinic, which Lagerstrom says has a high participation rate. A pharmacy opened at the clinic in 2011. Employees are asked to meet in a one-on-one session with a well-being coach to set goals for the year ahead.

“Part of it is trying to get people to do the preventative things as much as you can,” Lagerstrom says.

As Turck has expanded its offerings for employees, it tapped the research and expertise of Eden Prairie-based Ahmann-Martin, a risk and benefits consulting firm. Ahmann-Martin analyzed data about health care needs of Turck’s employees and recommended shifting the focus of the company’s clinic from acute care to primary care.

“One of the tenets of health and wellness is preventative health care,” says Mick Hannafin, vice president and practice lead with Ahmann-Martin. “We should see lower costs longer term because people are being taken care of.”

“It’s more about setting up something everyone’s involved in,” says Jeanne Clay, vice president of health management for Ahmann-Martin. “It works for both sides.”

Turck is self-insured. Its plan is administered by Bloomington-based HealthPartners.

While the program is saving health care costs for the company, Lagerstrom says it began with the goal of figuring out how to help employees.

“If you get into doing an employee well-being program because you want to save money, you’re doing it wrong,” says Lagerstrom. “The payoff is having workers who are happier, healthier and more engaged.”

“From a business standpoint,” Lagerstrom says, “that’s what any CEO should be striving for.”

Chris Vitale, senior product manager and a 14-year Turck employee, is part of a group that regularly goes to the gym across the street over the lunch hour.

“Everybody has a membership there; you just show your Turck badge,” Vitale says. “That makes it very easy to get people involved. They provide the benefits, but they also reinforce it. I’ve lost 50-some pounds since I’ve been working at Turck.”

Dave Lagerstrom, CEO of Turck Inc., outlines his approach to promoting good health among his employees.