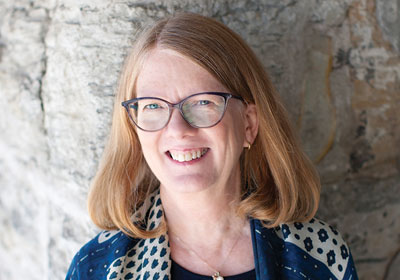 Nonprofit theater has grown up over the past two generations and the norms for its business model are now well established. This has resulted in a set of best-practice expectations for metrics like the optimal percentage of earned vs. contributed income, the expected capacity of seats sold per performance, and other indicators. If a theater company’s aspirations and activities stray from these norms, it will spend extra time explaining its rationale to grantmakers and contributors, if the organization is eligible to apply at all.

Data show that among the theaters in the U.S. that originate in and serve communities of color, these norms are difficult to achieve and sustain. A national study of museums, theaters and dance companies dedicated to reflecting and encouraging artmaking and cultural programming among communities of color identified serious funding challenges. Published in September 2015 by the University of Maryland’s DeVos Institute of Arts Management, the study showed these organizations tend to receive far less than proportional funding from organized philanthropy compared to local population data. It also documented that they traditionally have had limited access to high net worth individuals and civic leaders who could advocate for, fund or otherwise support their efforts.

With fewer dollars allocated, and with board members who are recruited not so much for their individual net worth as for their community knowledge and connections, these organizations struggle to reach the same level of financial success that peer theaters serving predominantly white audiences and artists achieve. Furthermore, their mix of activities is often markedly different from these peers.

Penumbra Theatre is looking at new approaches to sustain itself financially.

Against this backdrop, the Twin Cities Theatres of Color Coalition formed in 2014. Known by its acronym TCTOCC (pronounced tick-tock) the coalition’s five member companies are Penumbra Theatre, Mu Performing Arts, Pangea World Theater, Teatro del Pueblo and New Native Theatre. The artistic leaders of these five theaters have met monthly for the past two years, encouraging each other’s work, sharing their personal stories and struggles, and making the case to local and national grantmakers that their companies’ roles and contributions to our region are culturally vital and merit deeper and more sustained support.

Sarah Bellamy, co-artistic director of Penumbra Theatre, has played a key role in the coalition’s development. She says that the best possible outcomes for TCTOCC include shifting the dominant logic as it applies to the economics of theaters of color, and to articulate alternative narratives about what theater companies can be, who they serve, what activities they engage in, and how they sustain themselves.

Beyond practical steps like sharing space and staff and marketing each other’s shows, TCTOCC as a group can advocate for better funding locally, and for more respect and more equitable partnerships with white institutions. The leaders are striving for a healthier arts ecosystem overall, one that is broadly inclusive of Minnesota’s increasingly diverse populations. “The goal is to thrive, to be able to realize our ambitions in education and production, and to sustain ourselves at a higher level,” Bellamy says.

Randy Reyes, artistic director of Mu Performing Arts, concurs. “The best outcome of TCTOCC would be that coalition members’ communities can grow together and that we can have a greater impact on the community as a whole.” He also says that modeling new ways of working and testing new approaches to a sustainable business model can serve not only local organizations but can be a beacon nationally for what have been financially shaky organizations in most cities.

Mu Performing Arts is one of five members of the Twin Cities Theatres of Color Coalition. Michal Daniel

TCTOCC members believe that the future business models that will help theaters of color to thrive will not be based on the dominant logic of the established nonprofit theater field. With their stronger emphasis on community engagement and education, a deep commitment to new work and commissions that bring diverse voices to the fore, and serving communities of color with less cumulative wealth dedicated to arts philanthropy, these organizations seek a different relationship with the community. They want one that is not based on transactions such as ticket sales, but rather on community expression and empowerment. They have a social justice orientation, not just an artistic one.

Get to know these dynamic companies by attending their performances and experiencing the difference between a play about Asian-Americans and a play created within the Asian-American community. Then see for yourself why TCTOCC’s members are important to Minnesota’s increasingly multiracial, multicultural society. “Theater is a tactile, human thing,” Reyes says. “Come see what we actually do, and see what this means to our community.”

TCTOCC’s member theaters all are in production this spring. Why not take Reyes’ advice?