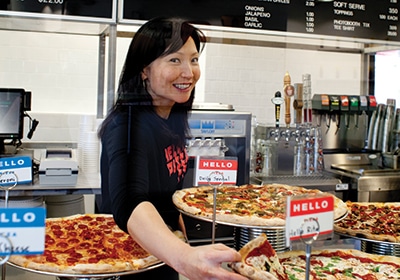 How Minnesota’s Success Is Dependent On Immigrants

New research suggests the state leans heavily on immigrants when it comes to growth of the workforce, overall population, and the economy.
By Sam Schaust
February 27, 2017

While lawmakers from the State Capitol to the White House battle over immigration reform, new research on the topic has come to a similar agreement: without an influx of new workers while others are deported, the country’s (and especially Minnesota’s) economy will suffer.

Minnesota might be stereotyped as lily white, but the state actually boasts some of the largest concentrations of Somali and Hmong in the country. In fact, the population of the state is about 8 percent immigrant. That translates to just over 437,500 people, according to the New American Economy (NAE), a New York-based research firm focused on immigration reform.

Of that population, more than 16,000 (or 6 percent) of them are self-employed entrepreneurs, NAE said in its recent Map the Impact report. Businesses run by Minnesota’s foreign-born residents generated income totaling about $290 million in 2014, and also provided jobs to roughly 53,000 workers both in and out of the state.

Bill Blazar, the senior vice president of public affairs and business development at the Minnesota Chamber of Commerce, summed up NAE’s report in a statement last week calling Minnesota’s immigrant population “a boon to our state’s economy.”

While immigrants pay a slightly lower per-capita share, it can likely be attributed to the fact that they are more likely to lack a high school education, said Andrew Lim, an NAE researcher and one of the authors of the Map the Impact report. “So the fact that they are able to contribute nearly in proportion to their overall numbers is really quite positive.”

And even immigrants with an education and credentials can end up working in low skill jobs due to regulatory hurdles, according to Ryan Allen, an associate professor at the University of Minnesota’s Humphrey School of Public Affairs.

“A report by the Migration Policy Institute indicates that about 1 in 5 high-skilled immigrants, meaning those with a bachelors degree or more, is working in a low-skilled job in the U.S.,” he said.

Among Minnesota residents, immigrants are more likely to have obtained a Master’s degree or higher. Approximately 11 percent of U.S.-born Minnesotans hold an advanced degree compared to 14 percent of immigrants living in the state.

Noting this disparity, Allen said the regulatory hurdles that educated immigrants face in the country are “considerable” at the moment.

“It makes sense to take a close look at licensing requirements that are unnecessarily burdensome and prevent high-skilled immigrants from using their skills here,” he added. “At the same time, it is important to acknowledge that some regulatory oversight is important.” 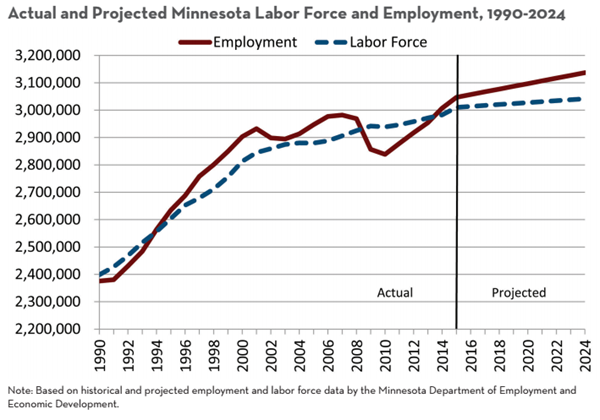 Across Minnesota’s workforce spectrum, immigrant workers are generally concentrated at the high- and low-skill ends of the spectrum, according to Minnesota Compass, an organization that measures and reports demographic data about the state.

Nevertheless, jobs high-skill fields, such as software developers and computer systems analysts, as well as low-skill jobs, such as truck drivers and cashiers, are all careers in high demand right now.

“I think that it is in Minnesota’s interest to attract immigrants of all skill levels,” Allen said. “We need high skilled immigrants to work in our medical facilities, our growing medical device companies and other industries, but our economy also needs more low-skill workers to take jobs as personal care aids to help take care of our growing elderly population.”

Last month, Allen, alongside the U’s executive director of university economic development Maura Donovan and Humphrey School dean Eric Schwartz, authored a report titled “Immigrants and Minnesota’s Workforce.” In it, the University of Minnesota research team suggested that it is “probable” that the state is going to be dependent on immigrants to create population growth in the future.

“During the last decade, without immigration to Minnesota, more people would have left the state each year than arrived in the state,” the report said.

Since 2002, more U.S.-born individuals have moved out of Minnesota than have moved in, leaving the state with a negative domestic migration. All the while, international migrants have come in at a record pace. And 2016 was no different. That year, Minnesota gained more than 13,600 immigrants while losing over 1,700 native residents.

That net population gain, however, is what the U’s Allen, Donovan and Schwartz believe could help maintain the state’s current average annual labor force growth rate of 0.5 percent. “Without a substantial increase of migration to Minnesota in the future,” they said, “the state’s labor force will likely growth much slower than it has in recent years, making job vacancies more challenging.”

Based on Minnesota’s current workforce size, population growth and demand for workers, the state will need to attract about four and a half times the current number of migrants, both domestic and international, the university research team concluded.

The result ultimately refocuses attention back on the Trump administration and other federal figures advocating for stricter border control, whether that be through a so-called “Muslim ban” or wall on the Mexican border.

“Assuming for the moment that [President Trump] is successful,” Allen said, “I think this will hamper some of the economic growth in Minnesota, particularly in agriculture and construction where undocumented immigrants are disproportionately employed.”

If it came to replacing those deported workers, Allen added, the lost labor may never be recouped. “That means for labor-intensive crops, we should expect lower yields and higher prices,” he said. “And when it comes to construction, we’ll have fewer homes built in Minnesota.”