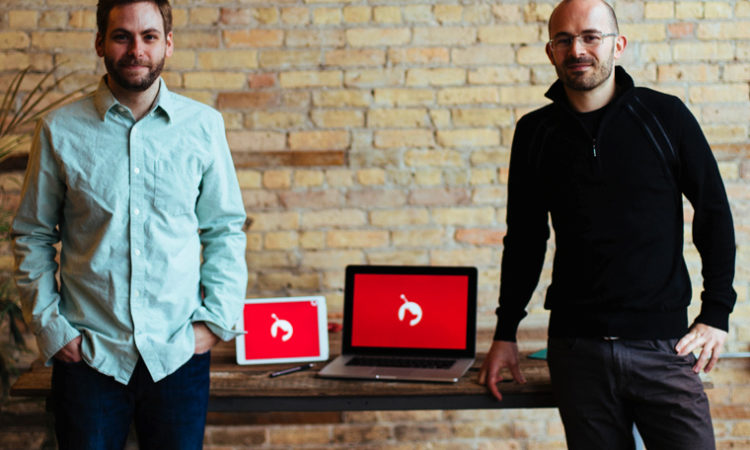 The makers of Astropad, which won the 2015 Minnesota Cup competition, found immediate success upon creating their first Kickstarter campaign.
By Sam Schaust
August 24, 2017

Digital artists and creators rejoiced in 2015 with the launch of Astropad, a first-of-its-kind app that gave Apple devotees the power to turn their iPad into a powerful graphics tablet. No longer were designers, animators and graphic artists forced to pay potentially several thousand dollars for a portable tablet. In the time since, thousands of artists — from animators at Pixar and Lucas Films to designers at clothing and footwear companies — have come to utilize Astropad every day.

The software, designed by two former Apple employees Matt Ronge and Giovanni Donelli, even went on to take first prize at the 2015 Minnesota Cup entrepreneurial competition.

Now, two-and-a-half years later, the maker of Astropad, Minneapolis-based Astro HQ, is looking to shake the field up once more.

At 11 a.m. on Tuesday, the startup launched a Kickstarter campaign for its latest product, Luna Display, a plug-in device that wirelessly turns an iPad into a second screen for a Mac computer. Just an hour after the campaign went live, Luna blew past its $30,000 funding goal and within a day had already become one of the top-funded Kickstarters in Minnesota history.

As of Thursday, Luna had received more than a quarter of a million dollars from upwards of 3,300 backers.

Jumping hurdles
The outpouring of support for Luna blew away Astro cofounder Matt Ronge, who said it was a “long, bumpy road” the startup experienced as it developed its first piece of hardware.

“There were times that we weren’t even sure we could pull it off,” Ronge told TCB. “We wanted to launch this almost a year ago when we had the Mini DisplayPort [plug-in device], but then Apple came out with new Macs that no longer came with Mini DisplayPort. So all of a sudden we couldn’t support the latest and greatest Macs.”

Instead, Apple shifted to USB-C, the most recent iteration of the near-ubiquitous equipment-connecting port. For Astro, this posed a major problem. Its existing user base, known for gravitating toward the newest iPhone or Mac, would be unable to use Luna if they upgraded to the latest model.

“We had to break some new ground when it came to hardware and come up with some new tricks to make Luna work with USB-C,” Ronge said. “The earliest prototypes were probably the size of a deck of cards. We couldn’t have some giant dongle hanging off the side [of the Mac]. It needed to be reasonable.” 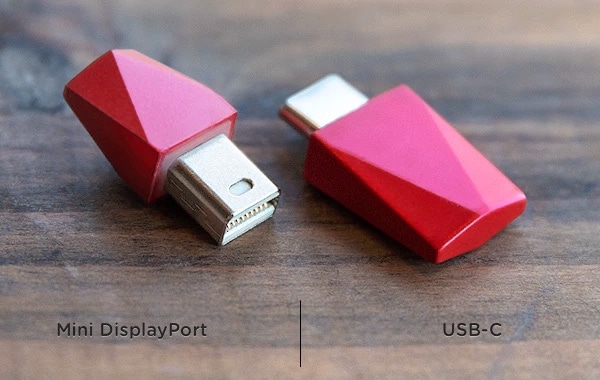 After several months of tinkering, Astro managed to shrink the plug-in device dramatically. In its current form, it’s about the size of a thumbnail, Ronge said.

Both devices offer the same functionality, which, according to Ronge, fulfills an unmet need in the industry. Previously, Mac users wanting a wireless second screen experience were left with apps that fell short.

“There were software simulations, these kind of hacks almost, on the Mac side,” Ronge said. “They were third-party products that were really unreliable. They had no graphics acceleration and it wasn’t going to cut it for our users.”

By turning to a hardware solution, Astro claims its Luna devices can offer better image quality than other software options, as well as provide a lag-free performance. For artists and creators needing a second screen that keeps up with their work pace, Luna could be a game changer. And it has the potential for much wider adoptions, Ronge said.

“Anyone from journalists who are doing research and want extra screen space for writing, to a photographer or marketer who are working on a website. Even people in finance with tons of charts and graphs up on their screen could benefit from Luna,” he said. “One that we keep hearing a lot about is audio production for musicians. Particularly because it’s wireless, they can put some of their controls from their audio production software on an iPad.” 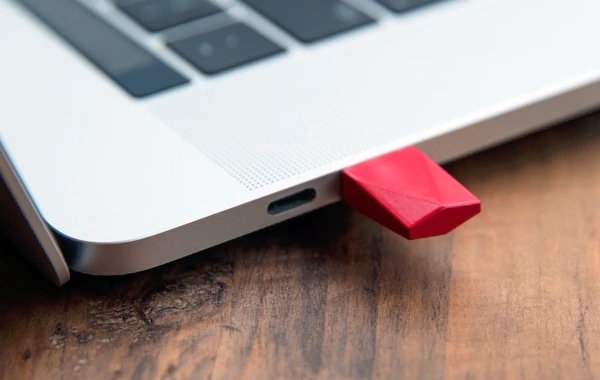 Post-Kickstarter plans
Unlike most online fundraising campaigns, Astro’s Kickstarter ended with a call to hire. The startup, a staff of six operating from coworking space CoCo’s Northeast Minneapolis location, needs a larger headcount to tackle future projects, according to Ronge.

“We’ll have to close out our Kickstarter campaign and reassess and determine a [hiring] timeline,” he said. “But we want to grow the team, especially now that we’re going to be doing hardware as well.” Among the several positions Astro is looking to fill are software engineers and designers, particularly someone with experience with Windows operating systems. (“Windows functionality is something that’s been a major request from users,” Ronge said, “and we’re taking a very serious look at that.”)

Moreover, Astro is on the hunt for applicants with experience working in China. “Our customer base is very international,” Ronge said, noting that between 50 to 60 percent of Astro’s user base is located outside of the U.S. “With China, we’re looking to localize our software to tap into the Chinese market, but we’re also looking for people that have experience with manufacturers in China because that’s where we’ll be manufacturing our Luna hardware.”

Once its Kickstarter closes, Astro plans to sell Luna online for $79.99 per plug-in device. Beyond that, Ronge said Astro has ambitions to take on a new project, but isn’t quite sure what it will be.

“There’s stuff we’ve been tossing around, but right now we’re really focused on the Luna project,” he said. “First and foremost, we want to make sure backers get that on time.”