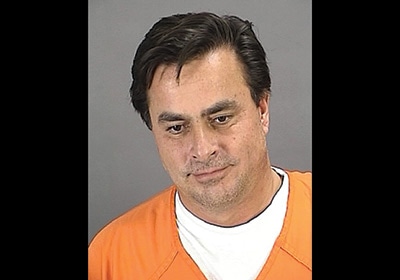 Sharp-minded and charismatic, Tom Petters can sell brilliantly, while conveying that he genuinely cares about what you have to say and what’s going on in your life. And his presence, while a bit more humble, remains as strong today as it was when he was one of Minnesota’s most promising business leaders, even though he’ll spend the rest of his life in Leavenworth Penitentiary.

A classic rags-to-riches story, the St. Cloud native built a business that allowed him to save and restore jobs at Fingerhut, one of his hometown’s bigger employers. He kept Sun Country Airlines aloft after it almost failed. And he acquired, repositioned, and almost successfully relaunched Polaroid, while coming close to merging it with Kodak. He was BFFs with several of Minnesota’s most prominent business and political leaders, and his reputation as a party animal who loved women was well known. Life was good. The only problem was the shell game going on behind the scenes to fund it all.

When his long-time employee, one-time lover, and still-trusted confidant Deanna Coleman told authorities Petters was engaged in a huge fraud, they had her wear a wire to collect evidence against him. Excerpts from those recordings were later used to convict Petters, who in 1999 was sentenced to 50 years in prison with no chance of parole or early release. He was 54, and it amounted to a life sentence.

To this day, Petters says he wasn’t involved in the fraud and was trying to uncover it, and correct it himself, once he heard it might be happening—but Coleman beat him to the punch. Possible? Those who know him point to his strengths as a salesman and weakness in managing his finances, even his own checkbook. Which, they say, leads to this question: How could someone so inept at financial nuts-and-bolts conceive of, lead, and keep quiet such a large Ponzi scheme for so many years? Was it his doing? Or did those he worked with use his inability and refusal to understand financing—as well as his larger-than-life ego and constant desire to be Mr. Salesman—to orchestrate and run the Ponzi scheme while went about his empire building?

Petters recently hired a new attorney and at press time was hoping to be in Minnesota for a few weeks in September to continue his request that the courts re-examine his case.