The Unexpurgated Version of How Twin Cities Business Magazine Came to Be
April 01, 2020 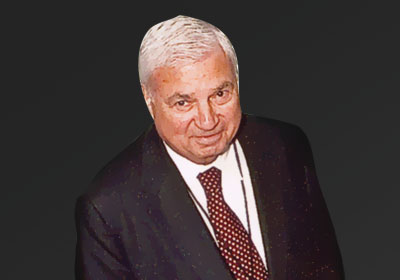 Benjamin Franklin didn’t say that and neither did Mark Twain, although the two of them are generally given credit for about 90 percent of all quotations used by commencement, after-dinner, or Rotary Club speakers.

So who did say it? Just about every experienced, savvy, knowledgeable expert my associates and I spoke with 20 years ago, as we explored, then acted on our idea of starting a new business magazine in the Twin Cities.

We were motivated by what we perceived to be the ever-increasing negativism of local business coverage in the Twin Cities press. Both the newspapers and Corporate Report, the small-circulation but highly visible business magazine, seemed to us to be more interested in “gotcha” stories, scandals, and minor exposÃ©s than they were in exploring and reporting on the positive side of business.

Maybe it was our naivetÃ©, or maybe it was our lack of experience, or maybe it was our absolute passion about the role of business, that vital, exhilarating, essential heart of our community. Whatever it was, we were convinced that a magazine presenting the positive side of our business community would not only be well-received, but would begin to help educate the public about the fact that business and businesspeople were a positive force, not an endless source of evil-doing and scams.

We developed a couple of different concepts—I still have a prototype of a weekly tabloid called Business Tuesday—and fanned out in the community to test out the ideas on publishers, businesspeople, and potential advertisers. Most of the experts thought 1) it was a novel idea; 2) it sounded like a Pollyanna-ish concept that would say only good things about business and would therefore be out of touch with reality; and 3) it would fail miserably because no one would take it seriously. Besides, there wasn’t really very much advertising potential in the business-to-business category. The consensus: Twin Cities Business Monthly was doomed to failure—and a quick, painful death at that.

Some people are slow learners, and we showed great leadership in that category. We decided to start publishing anyway, an act that simultaneously and brilliantly demonstrated three things:

1. Research doesn’t serve a really good purpose if you’ve already made up your mind about what you want to do.

2. It’s really hard for others to peer into your mind and heart and truly understand the importance, the excitement, and the vision behind your idea.

Fortunately for us, and for our banker, whose blood pressure shot up 87 points during this period, the experts were all wrong. Twin Cities Business was a huge hit from day one, partly because its oversized format and smashing design knocked readers over; partly because readers loved the balance of positive aspects, and problems and challenges businesses faced; partly because of its emphasis on the human side of business; and partly because of the superb job of our sales staff, who generated more advertising than the experts had imagined possible.

Starting with the first issue, the magazine not only won awards but also became a model for business magazines all over the United States. Our one competitor went out of business. Our magazine became profitable sooner than we had projected, enabling our banker to stop taking his blood pressure medication. And, most important, the image of the business community began to take a turn for the better, with both daily newspapers moving toward a more balanced, positive approach in their coverage. Win/win/win.

Over the years, Twin Cities Business has become solidly entrenched in our community, changing, adapting, expanding, and innovating as the world changes—as its remarkably talented staff smoothly and adroitly continues to stay one step ahead of readers’ interests and needs. With its solid web presence, its creation and involvement in so many business community events, and its strong print dominance, it rolls on, respected by its peers and the audience it serves, successful, ever-changing, ever-improving, and a source of pride for our community.

Sometimes even idiots get things right.

—Burt Cohen is the founding publisher of TCB.