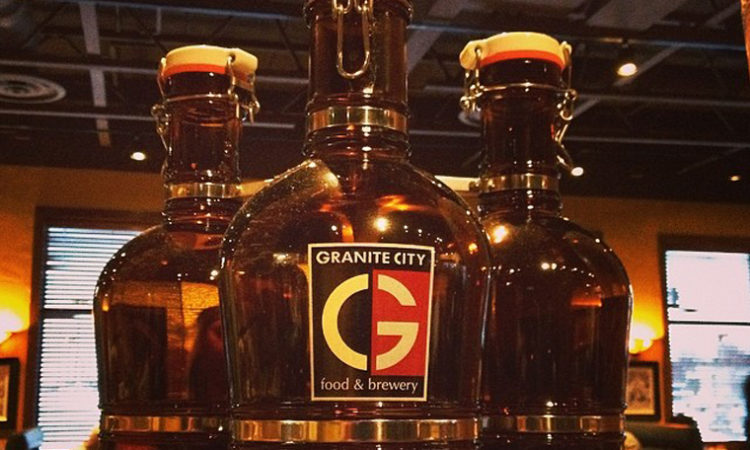 The American-style restaurant chain plans to further incorporate its unique beer offerings with its scratch kitchen to reinvent its menu.
By Sam Schaust
September 25, 2017

Amid steep competition within the sit-down dining space, local restaurant chain Granite City Food and Brewery Ltd. announced Monday it was rebranding with a focus on its craft beer roots.

Granite City chief executive Richard H. Lynch, known for his past success in relaunching the Popeyes fried chicken chain, said the company had assembled a “world-class management team” to lead the turnaround.

“All great brands have a clearly articulated purpose that drives the company strategy and the brand’s success,” Lynch said in a statement. “Granite City will exemplify that approach. When I looked at the Granite City opportunity, it became apparent to me that the purpose already existed, it just needed to be unleashed.”

Lynch took over as the lead of Bloomington-based Granite City last May. The chain, which includes 36 locations across 14 states, is named after the city in which it was founded: St. Cloud. Its American-style menu includes burgers, flatbreads, pasta and an array of beers, both local and national, as well as some produced on location.

The rebrand will largely be geared around two points: Granite City’s exclusive beer offerings and the history behind each one.

Moving forward, wait staff will be trained to suggest beers for certain menu items as part of its new “Craft Beer Hospitality” program. “This initiative,” the company said, “will provide Granite City staff with the tools necessary to go from merely telling guests about various craft beers to confidently teaching its customers about craft beer and its relationship to the Granite City menu.”

Lynch noted that education would be a pivotal part of the Granite City shake-up as its marketing strategy would be geared around the development of new beer-inspired menu items and limited-time offers that coincide with its changing seasonal brew collection.

“People are more likely to purchase from brands that educate them in some way,” Lynch said. “That is why this rollout will play a vital role in creating a unique craft beer experience for our guests.”

Granite City plans to waste no time in launching its new craft beer-forward direction. Starting Thursday, the chain will kick off its Oktoberfest celebration with the promotion of its own Oktoberfest beer and a limited time Oktoberfest menu. The pairing will last through most of October.