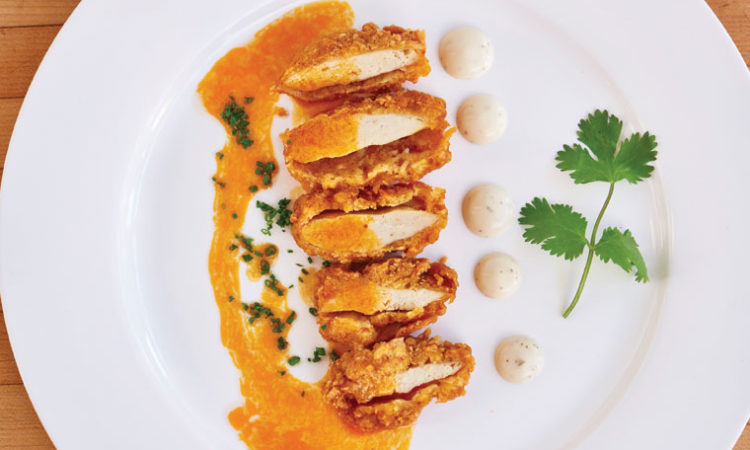 Cargill is betting the future of meat is grown in a lab.

The Wayzata-based agriculture giant has invested in Memphis Meats, a San Francisco-based company that developed a way to grow so-called “clean meat,” which doesn’t require the slaughter of an animal.

The company uses cell cultures isolated by scientists that are then given oxygen and nutrients that can grow into animal muscle. So far they’ve been able to produce beef, chicken and duck.

“This is another way to harvest meat,” Sonya Roberts, head of meat growth ventures at Cargill, told the Wall Street Journal.

Global meat consumption is surging across the globe—production has tripled over the last 40 years, according to Worldwatch Institute—and companies like Cargill have been searching for ways to keep up with demand.

Increased consumption comes as people are also increasingly concerned about the source of the protein they eat, as well as its impact on the environment and animal welfare. Memphis Meats claims their process, in addition to requiring no slaughter of animals for what it calls “conventionally produced meat,” produces 90 percent fewer greenhouse gas emissions, land and water.

“People are making choices to protect the planet and ensure the humane treatment of animals,” Brian Sikes, corporate vice president of Cargill’s protein group, said in a branded content piece on Forbes. “The idea of meat grown in a lab … [is] no longer the stuff of science fiction.”

Cargill’s total investment in Memphis Meats wasn’t disclosed, but the WSJ reports that it’s part of a $17 million funding round that included the likes of Bill Gates, Richard Branson (billionaire founder of the Virgin empire) and several venture capital firms.

Meat alternatives aren’t new—soy and other plant-based imitations like Tofurky have been around for decades—but an influx of money from conventional producers to such brands is noticeable. Just last year, Tyson Foods took a 5 percent stake in Beyond Meat, which makes imitation beef and chicken products using pea protein. The Los Angeles-based startup already had received investments from Bill Gates and General Mills’ venture capital division.

Still, don’t expect lab-grown meat products to hit grocery shelves any time in the immediate future. The U.S. Food and Drug Administration still hasn’t determined if the process is safe for consumption.

It’s also a process that remains cost prohibitive: The company told the WSJ that producing a pound of meat currently costs $2,400. That’s down from $18,000 last year.

And for those who like their meat the old-fashioned way, worry not—Cargill doesn’t have any plans to end conventional meat production.