A Ponzi scheme rooted in cultural ignorance proved irresistible to many.
April 01, 2020 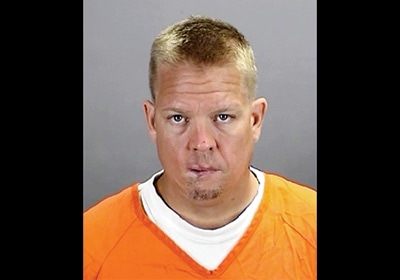 From the look of his mug shot, you’d doubt Trevor Cook could sell chocolate chip cookies to a child at the State Fair. But, alas, he was able to weasel $190 million from more than 1,000 people in 2008 and 2009 in a currency investment scheme that used a flagging Swiss brokerage called Crown Forex SA and supposedly relied on gains made as a result of Islamic prohibitions against charging interest on loans.

Co-conspirators promoted Cook’s scheme on Christian radio stations across the country, under the moniker Oxford Global Advisors and the Oxford Private Client Group, based in the Van Dusen mansion in south Minneapolis. The victims were local investors, slightly better off than the small pensioners scammed by associate Jason “Bo” Beckman.

Cook, now 40, knew the jig was up and pleaded guilty in a 2010 plea agreement to tax and mail fraud charges, taking a 25-year sentence instead of facing possible life imprisonment at trial. The plea was contingent on cooperation that resulted in restitution and the return of victims’ assets, insisted federal judge James Rosenbaum. “That’s not a threat,” he told Cook, “that’s a promise.”

Several of Cook’s co-conspirators also pleaded guilty or were convicted, including Beckman. In the final accounting, Cook’s schemes came in a distant second in size to Tom Petters’ in the annals of Minnesota Ponzi schemes, but was one of the largest ever centered on foreign currency trading.