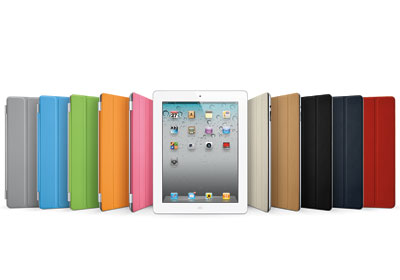 The iPad 2 helps Apple maintain its lead over all of its tablet competitors. Most of the changes from the original iPad are incremental, but that’s all it takes to remain far and away the best tablet available. The iPad 2 is thinner, lighter, and faster than the original. Curved edges make it easier to hold, as does the fact that it dropped some weight—about 15 percent, down to 1.33 pounds. The processor is twice as fast, with nine times the graphics performance. Those are “non-trivial” upgrades, notes a Gizmodo.com reviewer: “Everything is faster, every response, every action—every app explodes to life with newfound zippiness.” Apple has added a second, front-facing camera, enabling video chat via its Facetime app. Reviewers like the new hinged, metal Smart Cover ($40) screen protector, which uses magnets to automatically wake up the device when open and put it to sleep when shut. The only complaints we found were about features that didn’t change: The screen’s resolution remains middle-of-the-road, there’s still no Flash support, and you still need to dock it to a desktop computer for certain functions. It’s now available in black or white, and on AT&T or Verizon. Prices range from $500 to $830 depending on carrier, capacity, and Internet connection. A sleeper pick: the Motorola Xoom.