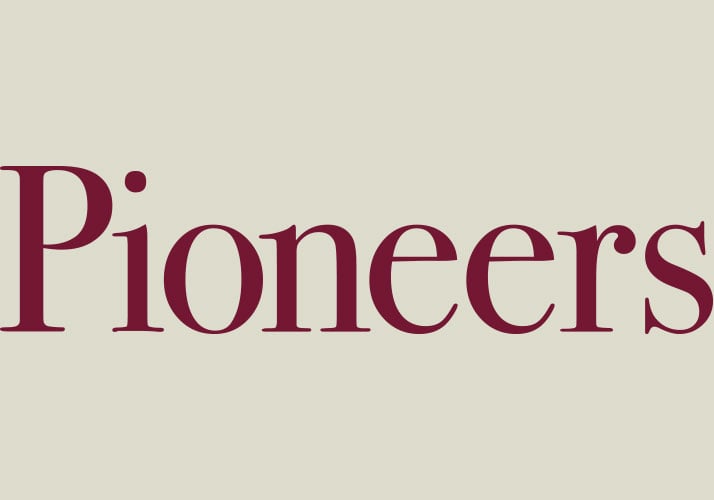 After closing a $14 million funding round in mid-2017 and, before that, its purchase of Breitenfeldt Group, one of the largest Medicare brokerages in Minnesota, serial entrepreneur Abir Sen sees nothing but potential for his latest startup, Gravie. “We don’t want to have an expiry date where, if you’re 65, we can’t help you anymore,” Sen told TCB, about the Minneapolis-based company, which helps individuals and businesses comparison-shop for health care plans. With a wider net of people now able to take advantage of Gravie, Sen believes the startup’s customer count—over 900 employers and 62,000 individuals in 34 states—is bound to grow.

Benson bought and revived a moribund Duluth-based outdoor gear manufacturer; Frost River is now one of the Zenith City’s many flourishing cut-and-sew businesses. In the past few years, Benson has helped launch a “craft-business district” in the city’s Lincoln Park neighborhood, where Frost River is located. Lincoln Park has been in decline for a couple of decades, but Benson could help turn it around, just as he did Frost River. He’s been joined by Bent Paddle Brewing and the OMC Smokehouse, as well as other local businesses, new and established.

From his time as an executive at his family’s Phillips Distilling empire, where he modernized and upscaled the product line, to his time as chairman of Talenti Gelato (sold to Unilever after accumulating 5 percent of the U.S. ice cream market from scratch) to his distinctive new coffeehouse/lunch emporia Penny’s, Dean Phillips seems to have a knack for where the marketplace’s sensibility and desires reside. Philanthropic and cause-oriented, Phillips agreed to take on Republican U.S. Rep. Erik Paulsen from the DFL side with a pragmatic but empathetic agenda. The DFL son of privilege-turned-entrepreneur and potential public servant could set the right moderate tone for a very purple district.

Cirrus cofounder Dale Klapmeier helped revolutionize the aviation industry with his company’s unique parachute safety device, the Cirrus Airframe Parachute System. It’s paid off for Cirrus, which now makes more piston aircraft than any manufacturer in the world. It’s paid off for Duluth as well, which has turned into something of an aviation hub and in 2016 landed a $12.7 million, 150-job expansion of Cirrus’ HQ. Now, Klapmeier has his sights set higher: the Vision Jet, a personal jet introduced last year with a pricetag starting at $2 million. The wait list stretches into the hundreds, so no doubt Klapmeier—and the city his company calls home—will continue to prosper.

After more than two decades in the “human hotel” business,” former Carlson Hotels Worldwide executive John Sturgess shifted his focus to a new clientele: dogs. Now with four Adogo pet hotels—in Minnetonka, Hopkins, Maple Grove and, as of last year, near the MSP International Airport in Richfield—Sturgess is broadening his portfolio with a consultancy aimed at pet-based businesses. Now, on top of watching over your dog, Sturgess and his agency, RetrieveOne, offer training to bring that pet furniture or salon business to a corner near you.

In 2017, the New Brighton-based ag company Calyxt accomplished something few Minnesota companies have done in recent years: It went public. Shortly after a successful $64 million raise from its IPO, CEO Tripodi kicked off construction of what his company’s calling “the only ‘concept-to-fork’ facility of its kind,” set to open next spring aside its Roseville headquarters. The facility will not only provide Calyxt with research labs and a test kitchen to demo its foods, which it creates using cutting-edge gene-editing technology, but will also nearly quadruple its staff.

In 2014, Matt Briggs launched RentTrack, an online payment platform to help renters build credit through rent payments. Since then, new users’ credit scores increased by an average of 29 points in two months and 132 points within two years. RentTrack is the first and only company to report rent payments to all three major credit bureaus. This year, the company will process more than $500 million in rent payments, with a goal of $1 billion next year. To keep up with the double-digit growth, Briggs plans to double his staff in the Twin Cities to 40 employees in the next year.

As Nate Kranz enters his 20th year at the “Downtown Danceteria,” the man at the center of Minnesota’s live-music industry continues to expand his empire. Under Kranz’s leadership, First Avenue has grown beyond solely booking acts for its Minneapolis stage and smaller clubs, like St. Paul’s Turf Club, to promoting over 1,000 shows annually at venues across the state, including the historic Hennepin Theaters and the University of Minnesota Northrop Auditorium. After reviving St. Paul’s Palace Theatre, which last year opened its doors for the first show in 40 years, Kranz and local developers have their sights set on a riverfront amphitheater in North Minneapolis, which would create a venue featuring nearly seven times the 1,500-person capacity of First Avenue.

One of the best-liked people in the often snarky local restaurant community, Tim Niver operates two vastly different restaurants: cozy neighborhood Italian eatery Mucci’s and downtown St. Paul’s sleek Saint Dinette. They are modern versions of familiar and loved dining models, with hospitality at the center. Niver likes to innovate rather than replicate. He is searching for sites in Minneapolis for a Jewish deli concept that he hopes to open by early next year.

The Twins appear to have hit a home run with their new baseball leadership, acquired from the Cleveland Indians and Texas Rangers, respectively, late in 2016. They engineered a playoff appearance with a lightly changed roster from the previous 103-loss season, and are now embarking on a more wholesale multiyear remake of the Twins’ baseball operations. Pitching savant Falvey and the loquacious Levine are taking advantage of the analytics revolution in sports to move the Twins Way in line with the game’s cutting edge rather than its old school.

Mahamed Cali is the energetic and enterprising leader of the first Somali-American licensed radio station in the U.S. Broadcasting a mix of Somali-language news, Somali music and community information, the station is available over the airwaves in Minneapolis, or via the Internet or mobile app, where the station has listeners across the country. KALY (107.1 FM) allows local schools, health care providers and emergency service providers to reach local residents with civic information and gives new immigrants a pathway to engagement in their new home.

Kari Rihm is a pioneer in the truest sense of word: Her company, doing business as Rihm Kenworth, is the only fully woman-owned Kenworth truck dealership in the U.S., making her one of the most influential women in the trucking industry. Rihm took over after the 2010 death of her husband and has since boosted the workforce by 50 percent. In 2018, the company will move to a brand-new headquarters building in South St. Paul.

Minneapolis’ North Loop was once a no-man’s land of parking lots and aging warehouses. Kit Richardson saw the future of the neighborhood, now bustling with residents, restaurants and creative companies. Minneapolis-based Schafer Richardson, co-founded by Richardson in 1995, was among the busiest developers during the pre-recession Great Condo Boom, with North Loop projects such as 710 Lofts, 720 Lofts, 730 Lofts and Bassett Creek Lofts. Like all developers, it was stung by the recession, but the firm is busy again with projects such as Red 20, a market-rate apartment project in Northeast Minneapolis.

These days there are no shortage of companies (including Amazon and Uber) that want to deliver food from your favorite restaurant to your door. But when Minneapolis-based Bite Squad launched in 2012, it was still a new concept. Under the leadership of Kian Salehi, Bite Squad remains the dominant player in the Twin Cities due to the size of its network, the strength of its brand and its reputation for service among customers and restaurants alike. What local stay-at-home diners might not know is that Salehi is expanding nationally at a strong clip: it’s now in 30 markets across the U.S. and hungry for more.

What happens when three of the sharpest minds in Minnesota’s health care industry decide to tackle the individual market? The answer is Bright Health, a startup that reduces costs by partnering with health providers in a given metro. Though currently only offering plans in Denver and Birmingham, Ala., the trio’s credentials (Sheehy is former CEO of UnitedHealthcare, Rolfing is a former CEO of Definity Health and RedBrick Health, and Valdivia is a serial health care entrepreneur) helped the organization raise hundreds of millions of dollars. Expect further investment and new markets—Bright Health will expand to Arizona in 2018—as the new year begins.