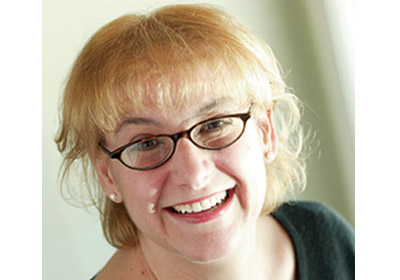 Lisa Goodman was elected to the council in 1997 and for much of her tenure has represented all or part of downtown Minneapolis. It adds up to unique public sector insight into the role of business and the business community.

Describe your history on the council through the city’s eyes.

In my first term, Minneapolis didn’t know who we were. We used big public subsidies to make us feel good (Block E), but that should happen in the private sector. In that four years the Legislature stopped the use of eminent domain for economic development and it began an internal conversation about whether we should do the private sector’s job or instead be facilitating their role.

In my second term we saw an economic collapse, a shrinking tax base, and loss of local government aid. The mayor became budgeter-in-chief.

In my third term, with an improving tax base and some restoration of state aid, things are stabilizing.

We’ve just had an election. As far as the city is concerned, what are the next four years going to be about?

I think the next four years will be about taking it to the next level, being more progressive, less inward-looking. We’re looking to increase density in the city. Build a streetcar [line] without waiting for the Met Council. We need to find a way to better support the public schools—you need an educated workforce in a cold climate. We will have more people on the council with kids and who have lived in other cities.

And we need to find way to keep seniors from moving away, so we need more diverse housing choices to facilitate it.

If the handicappers are correct, the council is likely to turn left next year. Do you agree?

A huge turn to the left is coming. And we’re already pretty left. As someone who represents downtown and the business community, it’s a concern of mine. We have candidates who’ve only worked in the public sector, only worked in social justice. You may see people tempted to get involved in stuff government doesn’t belong in. But [the business community] should have been involved in this election. [I heard from] labor, interest groups, the circus elephant opponents. But not a word from the Chamber, BOMA [Building Owners and Managers Association], DID [Downtown Improvement District].

How the leftward shift will manifest itself, I don’t really know. Hopefully my new colleagues will rise to the occasion.

What is going to happen on the density front? The city talks a good game, but is the zoning code actually changing?

You’re going to see changes because neighborhoods are going to need to focus on development. You’re talking four stories [per building] where there is one.

And density accomplishes what?

Is the Nicollet streetcar [line] an economic development tool or is it social engineering for Central Avenue North?

Well, that’s not even correct. First of all, the first part built will be downtown and south.

Is it a done deal?

The City Council and mayor have no dominion over the public schools, yet they talk more and more about them. Why involve yourself rhetorically?

Given what I learned when I spent time in Finland, it’s clearer to me that the city has a role in seeing kids are ready to go to school. Through partnerships, and work with the private sector and nonprofits on early childhood development, that’s how we can support the schools. It’s the only thing I’ve seen that works.

Would Minneapolis work better with a weaker council and stronger mayor system?

It would be my choice. Businesses don’t run well by committee. It’s not the best system. But there is something about a ward system that works. My constituents pay a lot of taxes, love the city, but don’t get a lot in return. All they have is me if they want to be heard.