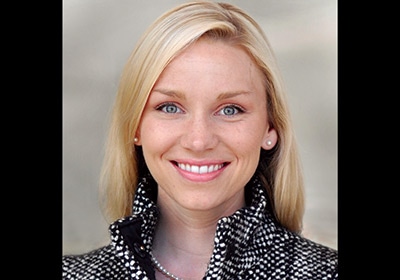 Best Book I’ve Read This Year:
Most of my reading is newspapers and briefings

DEED Commissioner Katie Clark Sieben delves into the dogfight between the states for business startups and relocations. The upshot: You have to spend money to make jobs.

A recent report showed that statewide exports had ticked down a bit. Can you explain your strategy in that area?

We obviously have limited resources to do that work, but we currently have an office in Shanghai, which was set up in 2005, and we now have an office in Dusseldorf, Germany, which will be our European headquarters. The trade office is currently analyzing data and will be soon announcing two other locations. This was new legislation that passed this past session, being able to open up three offices in key foreign markets.

Can you tell us the two new locations?

Not yet, but probably within the next six months.

How much of a barrier is our high-tax reputation when you talk to companies about coming here?

We are very clear in saying we’re not a low-cost state from a tax perspective but a very high-quality state, and that we have made key investments in our education system, both K-12 and higher education, key investments in economic development in the workforce. I believe that’s why we have the fifth-fastest GDP growth rate in the country.

How much does cold weather come up?

It does come up from time to time. Often the perception is we’re just holed up in our houses and no one goes outside, which could impact the roads, delivery time, and transportation networks. When companies actually come and visit, we can show them that we have a very efficient transit system, we’re very efficient at clearing roads, and Minnesotans really have embraced cold weather. But I think we have more work to do in branding our state and showing that it is part of our lifestyle but not a negative.

How are we in competing with other states for relocations? Texas seems to be on a hot streak.

It’s a very competitive environment for relocations, expansions. We are often put in a position where we are competing with at least one other state, sometimes three or four states, for a business deal. We had a very successful session this past year. Our Minnesota investment fund, which at the time had zero dollars in the bank, received a $30 million appropriation. This is a program that for every dollar of public money spent has shown $33 in private return. A new program, the Minnesota Job Creation Fund, which will replace JOBZ, received $24 million and that’s a pay-for-performance program. With that one we look at the number of jobs the company is looking to create, the wages of those jobs, we look at the level of private investment the company’s looking to make, and based on that criteria set a grant amount. But no money leaves the state until that private investment is made and those new jobs are here. Texas has a $200 million fund. Michigan has a $50 million fund. That’s the type of environment we’re competing in. We’re hoping that Minnesota is, with these new incentive programs, one of the states that site selectors are paying attention to.

How do we compare when it comes to workforce productivity?

When we look at manufacturing across the state, Minnesota’s workforce, based on the research we’ve done, is 30 percent more efficient and more productive than other workforces. That’s a strength of ours.

What’s a concern you have going forward?

When you look at the demographics of our state, baby boomers are going to retire and we’re going to need additional folks. We’re projected within a decade to have a worker shortage. That’s something we’re thinking about, and many of our public and private partners are focused on as well. How do we recruit talent, then how do we grow talent from within, and make sure workers are trained and ready to take on those jobs? It’s an area we need to stay focused on.