The four working generations have different approaches and habits when it comes to philanthropy—and nonprofits are finding new ways to interact with and secure donations from each.
April 01, 2020 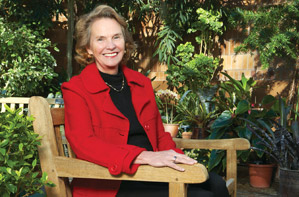 For the first time in history, four generations are in the office together—and employers have discovered that they each bring their own attitudes, ideas, and approaches to work. The same holds true when they give back to the community. As each generation enters the workforce and ultimately engages in philanthropy, they inspire changes to how nonprofits interact with them.

Andy Goldman-Gray, senior vice president of workplace markets for the Greater Twin Cities United Way and a keen observer of generational differences in philanthropy, notes that when the Traditionalist or Mature generation (which includes those born between 1900 and 1945) entered the workforce in the 1960s, its members made donations out of civic duty. They then led the push toward workplace giving based on a belief that their businesses were part of the community. Therefore, companies, and their employees, should give back, too.

Of course, not all people within each generation fit the stereotypical characteristics of the group, but some general conclusions have been observed.

The Baby Boomers, for example, are classified as an idealistic bunch, born between 1946 and 1964, who approach philanthropy as a way to better the world. They thrive off of competition, leading organizations to publicize top corporate givers. The more skeptical Gen Xers, who range in age from 31 to 46, want to make a difference and get proof that their donations have an impact. That might mean volunteering at a nonprofit before donating to make sure it’s well-run and worthy, Goldman-Gray says.

And then there’s Generation Y, or the Millennials—those between 12 and 30 who grew up doing service-learning projects and want to give back out of a sense of global civic responsibility. “It’s almost a deal-breaker to Millennials if they can’t have direct, personal contact with an organization,” observes Brad Brown, executive director of Social Venture Partners Minnesota. “They want to know more about the organization, who is being served, and who is doing the work. It’s very relational for them.”