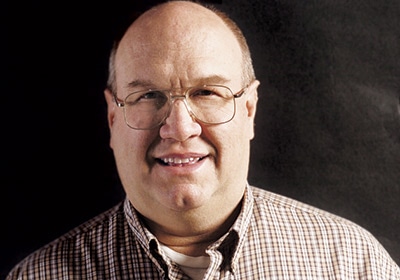 In an age where much of what passes for journalism has become a 24-hour noise machine, economist Ed Lotterman continues to roll out meticulously argued bi-weekly “Real World Economics” columns—now numbering more than 1,450 since 1999—for the St. Paul Pioneer Press. He has skipped only five since he was diagnosed with neck cancer in 2012 and spent seven months of recovery on a feeding tube.

What’s special about your column?

I try to convey a basic knowledge of economics. I want to explain, jargon-free, economic concepts or policy questions to an intelligent lay audience. It’s an extension of my teaching. I’ve taught more than 110 classes—a little over half of them in introductory economics—to college students at 10 different schools in the Twin Cities area. Most of my students take my course because it’s required. The fun is capturing their interest, and having them leave enjoying it and thinking this is a discipline that will help them understand life better.

Occasionally, your columns get intensely personal. Why?

I think there’s value for readers in honesty and specificity. I wrote one this year speculating on whether—given that our 211-acre farm in Murray County is worth half a million dollars more than it was eight years ago—it’s time to sell. I have mentioned the value of my house. Why beat around the bush? Things like that are public record. I’ve never said what our taxable or gross income is, but I have said my wife and I fall in about the 90th percentile. When I was first diagnosed with cancer, I wrote an entire column on how an economist reacts to cancer.

What column stirred up the biggest buzz?

I had one on Medicare, laying out how average Medicare recipients are getting up to three times the actuarial value of what they paid in. I got a lot of angry emails.

Which way do you lean, politically?

I think of myself as a centrist independent, but I vote for Democrats over Republicans four to one or more. But when I pick out who I admire, I have as many Republicans on the list as Democrats.

Name a couple of the dumbest economic policies you’ve seen enacted or proposed by politicians?

How we have funded medical programs with taxes on medicine or medical devices. These taxes get passed along to users of medicine or the devices. If we need such programs, we should pay for them with general tax revenues, which are much less regressive. Another bad idea is that we could arbitrarily limit federal outlays to 18 percent of GDP without cutting Social Security or Medicare to people currently getting it—this, even as huge numbers of baby boomers are retiring. In the 1980s, under Reagan, we were spending 21 percent of GDP and had large deficits. Unforeseen events—wars, recessions, flu epidemics—mean we have to spend more.

Do we need to get smarter about economics?

Generally, Americans are pretty illiterate about economics. Surveys show that many people think foreign aid is about 30 percent of the federal budget—it’s 1 percent. A lot of people think we could get huge savings if we just cut back on federal employees or their salaries, but the really big money is in defense/security, health spending, and Social Security. If we understood economics better, there would be less room for demagoguery.

How have your experiences helped you with your column?

It’s helped to see other economic systems. I was in Brazil at age 18, with the [U.S.] Army, when that country was booming, and Peru in 1981-82 when its economy was struggling. I watched the transition.